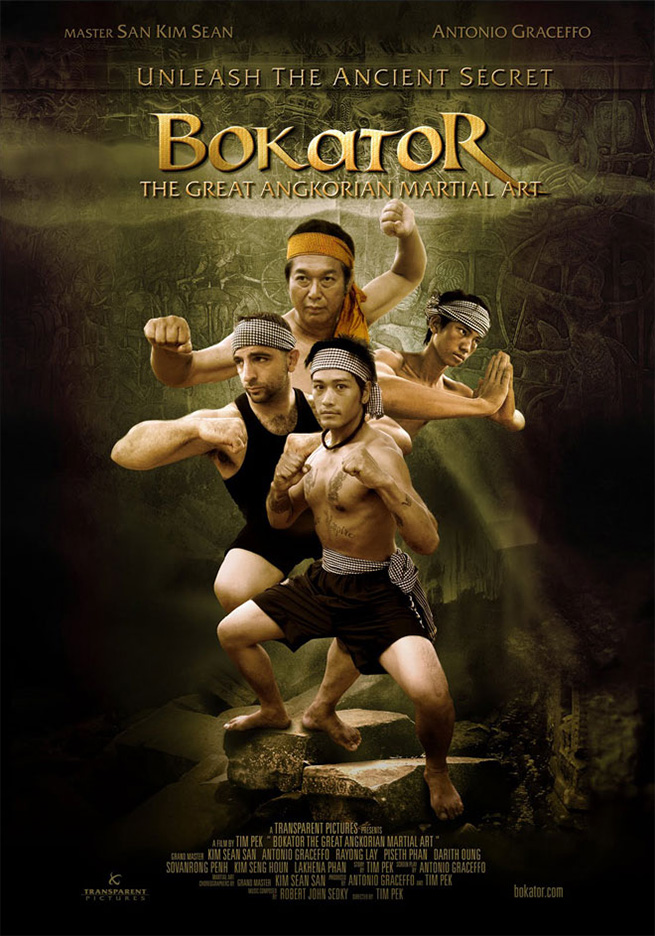 A new DVD introduces the world to the pride of Cambodian martial arts, while preserving a piece of history, which was almost lost. The Ancient Khmer martial art of Bokator is something which belongs only to Cambodia. The proof is written in stone, on the walls of Angkor Wat. A thousand years of war with Thailand and Vietnam, followed by the Khmer Rouge Genocide nearly wiped this art off of the face of the Earth.

Film maker and Khmer genocide survivor, Tim Pek and martial arts author, Antonio Graceffo have teamed up to create the DVD Bokator Khmer. Shot on location in and around Phnom Penh, the DVD introduces the world to this fascinating martial art, which is a complete fighting system of more than 1,000 separate movements.

Bokator includes striking, grappling, ground fighting, and weapons. The DVD also features Master San Kim Sean, who fled the Khmer Rouge, and arrived in the USA as a refugee. After returning to Cambodia, more than twenty years later, Master San Kim Sean opened the first modern school of Bokator. The Master works tirelessly, trying to teach as many students as possible, in the hopes that the art will live on. If we had more time they could specialize. Said the Master. But I want every one of my black belts to know every single movement, form, and weapon, so when I die, no portion of the art will be lost. See the DVD.See the beauty of a lethal Cambodian martial art. Learn about the plight of the Khmer people. And, become one more link in the long chain of history, a history which will include Bokator Khmer.

Posted on September 24, 2010 by Cambodian Alliance for the Arts in Athletes, Educators and Scholars, TV, Film and Theatre and tagged bokator, martial arts, movie. Bookmark the permalink.