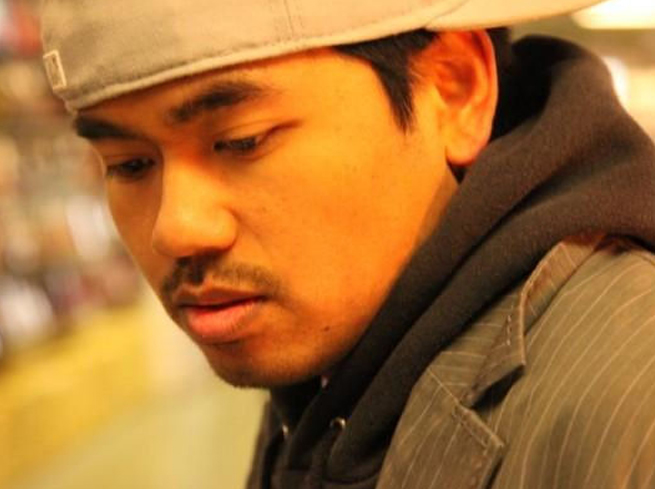 Meet Chantha Luk a.k.a. C. Luk, Hip Hop Artist. After building street cred and gaining props from his peers with his lyrical ability. C. Luk is known as one of Philadelphia’s most respected underground hip hop artists. Don’t worry; C. Luk didn’t forget his roots. You’ll hear him utter some Kampuchea in his songs. :)

“It’s pronounced see look. I’m all about the artistry. I’m big on being yourself and laughing about life. I hate a lot of the stuff that’s glorified in the hood and I’m probably too positive or Asian to make it into the mainstream.” – C. Luk

C. Luk: From the little I know about my family tree, I’m 100% Cambodian. However, my mother is from a small village of Muslims. So religiously, not quite, but ethnically, yes.

C. Luk: I was a few months old when my family got here in ‘83. We got sponsored in Boston. And I was born in the Philippines, the last stop over. It’s all on a track entitled “Feel the Pain 2” on my new mixtape at www.KambodianKitchen.com (plug plug).

C. Luk: Oh no. I was hoping you didn’t ask this. Ha-ha. To be honest, I didn’t get my first radio until maybe the eighth grade and my first CD was Michael Jackson’s “History”. I listened to everything on the popular hip hop and R&B station at the time. My first exposure and obsession with rap was a song by the Wu-Tang (a hip hop classic) called “Triumph”. That may have been the turning point.

When did you know you wanted to be a hip hop artist?

C. Luk: I had dabbled in writing rhymes around ‘98. Just as a joke. It didn’t get serious until I won my high school’s talent show in 2000. After that, I thought, “Hey, people actually like my rapping.” A year later I put out my first independent album and the rest has been a crazy ride.

C. Luk: I really just think about what it is that gets me going when I hear a crazy beat. My favorite artist, Jay-Z, acts like a jazz musician the way he seems to improvise on a track being careful never to overdo it and simply accent the genius that’s already there with the beat and the melody. So really the music inspires me. If it becomes formulaic, it becomes forced. Beatmakers will tell you, beats don’t just magically come out hot after following some recipes. It just seems to happen. There’s some other force at work, and I just latch on to it. Lyrically, it’s real complicated. But I can simplify by saying I’m a punch line driven rapper. I have lines that sit in my head (or phone) and once the right track comes along that has a mood that fits the line(s), I start writing around the lines. Other times, I just get in the zone and words just mesh like crazy. Like in my song “Big Screech,” there’s wordplay in the word “Battambong.” It’s a region in Cambodia but also sounds like “break a bat” in Khmer. So in the context of me whooping a bunch of coke dealers, it serves as a pretty sweet double entente. That just came out as I was writing. I don’t know if it’s because I’ve been writing so long that word associations and rhymes come faster, but it still amazes me how it all works out in the end.

C. Luk: It came about two years ago when I won the first annual Music and Entertainment conference held by 100.3 the Beat–a local radio station here in Philly. The connections established from that through my deal with Koch Records started taking me to newer places beyond my circle of friends and family and backpack rap circles.

What’s playing in your iPod?

C. Luk: I have J.Cole’s new mixtape but I’m really waiting for Columbia Records to stop being a bunch of money hungry cheese balls and release part two of Maxwell’s three part album “Black summer’s Night.” I’m very comfortable in my masculinity to admit this. I also think Nicki Minaj has crazy verses that have a ton of replay value.

C. Luk: Kaw. Eggs, some beef, and bamboo in a caramelized broth of incredible-ness. Oh my goodness.

C. Luk: Well, to be honest, this is my future. I’ve been in this nearly ten years. If I don’t blow up, I might just go back to piano lessons and singing opera. But for real, unless this mixtape and this next run of shows doesn’t take me over the top. I will be giving up the business side of this game and just doing this for the love and only that. I’m getting too old.

C. Luk: Do it because you love it. The sad truth is that I’ve had 3 botched record deals. The record industry is failing. More than one A&R has admitted to me that I’m one the greatest talents they’ve seen, but they don’t sign off of talent anymore. I’m too much of a risk. So the only thing you can do is do it because you love it. With the advances in technology and everyone able to record from home, EVERYONE AND THEIR MOTHER raps or sings. It’s nearly impossible to stand out with just talent. So if you actually want to get into the industry, you’ll need money to step over a lot of people. Pay the superstars on Youtube to feature you. Pay the hottest local band to put you on stage with them. Pay your local DJ’s to play you. Pay people to be on a street team to pretend that you’re hot. And if you don’t have the money to pay them…then do it for the love. Sorry to be so pessimistic, but that’s really the reality.

To know more about C. Luk: 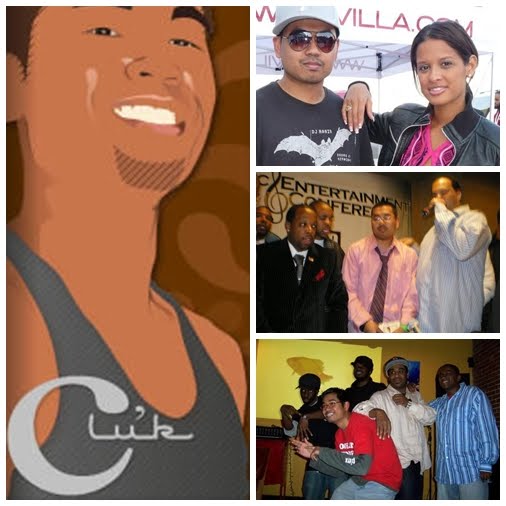 Posted on September 2, 2010 by Cambodian Alliance for the Arts in Music, Poetry and Dance and tagged hip hop, philadelphia. Bookmark the permalink.