Meet Dy Sao, Actor and Martial Artist. Beginning his career as a stuntman, fast forward to acting, Dy is also an independent filmmaker. The pursuit to strictly produce movies for the love of storytelling minus the aggrandization of Hollywood.

“I’m a very lucky person. I value life and everything in it and I believe in the power of living.I deliberately aligned my career with my favorite past times setting up my life so can achieve goodness mentally, physically, and spiritually. I love to eat. :)” – Dy

Dy: I am not 100% Cambodian. My father is full Cambodian originating from Prey Veing. My mother is full Chinese (Teochew) but was born in Cambodia and raise by Cambodian adoptive parents.

Where were you born and when did you come to the states?

Dy: I was born in 1979 near the ending of the civil war in a camp right outside of Battambang.

Where do you reside?

Dy: I grew up in Long Beach, California and now I reside in Irvine, California after moving there for university.

Dy: I majored in psychology and I’m proud to say that I wired my mind so that I find inspiration in practically anything, but the root of it all come from 3 things; my family, Cambodia, and the love for life.

When did you know that your hobby of martial arts would turn into a profession? What martial artists or movies influenced you while growing up?

Dy: I didn’t realize that martial arts COULD become my profession until I was 26. The epiphany came to me when I was overseas in Shenzhen, China for a televised international competition. In the competition, I finally understood that my grasp on film-fighting was special and that I CAN be the future of this art. And after 5 years of developing now, I am the future of film-fighting and I can’t wait to share what I have developed.

I owe many thanks to the films that have changed my life. Iron Monkey, Tai Chi Master, and Drunken Master II might sound cheesy to some people, I realize haha, but… these are the films that gave me the belief I needed to de-victimize myself from the streets. These films were one of my first teachers in martial arts.

I understand that you didn’t have any formal martial arts training until you were a senior in high school. How difficult or easy was it for to you compete with others that had trained since childhood?

Dy: Only later in life did I realize that deprivation is a gift. Things that come easy are taken for granted. I thank God for letting me see what it really is. Life is a gift. Some people forget to take that gift but deprivation fueled in me the will to “climb volcanoes” (Cambodian saying that my mother always uses haha) to get this gift.

What type of martial arts did you study first?

Dy: I’m not sure. Hahaha. Uh… it was very informal; so informal the teacher didn’t even know I was a student. Lol. My father would watch this Karate class from afar and come home to teach me what he saw. The lesson important lesson learned wasn’t about punches and kicks. it wasn’t about “if you want something, you don’t have to pay for it” haha. IT was about the enjoyment of making sacrifices for the things you love.

Did you have any mentors while you were training? If so, who?

Dy: Many have given me soul food from my father to my Sifu (master) to my sisters, peers, sponsors, and coaches. But there’s only one person I call my mentor and his name is Eston Diaz. I never thought I would be able to act until this man showed me that acting is to NOT pretend. Eston is the future of what acting is. This is something I know in my heart for sure.

What was your first accomplishment in martial arts and how did you break into the film industry with your skill?

Dy: I have to say that my first accomplishment in martial arts was putting on a show at my high school culture fair. I was 15 and decided to do a performance with a friend to share with people what we’ve learn through analyzing film. They loved us and my life was never the same since.

I jumped into the film business doing stunts on a Power Ranger-type show called Kamen Rider Dragon Knight. As I continued to pursue acting through stunt work, I realized Hollywood is about making money over making good product and that there was a cap to my success if I went this route. So I decided to become an independent film-maker and now I have a team of skilled individuals to help me.

How do you feel about the scarcity of Southeast Asians in the media and TV?

Dy: I admit it’s a bit frustrating but at the same time it’s exciting. So there’s this in between feeling, I call that feeling “meaningful.” The struggle is what gives my life meaning and I’m confident in my struggle so I’m actually HAPPY that it’s difficult. The difficulty helps me come to know the extent of my confidence. Deprivation is a gift.

Tell me about your production company that you started?

Dy: The company that I co-own was actually started by D. Miles, a man I consider a champion on all aspects of life. Our company is called D-One Entertainment. We cover many mediums of entertainment from music to comics to sports to our specialty, films.

What’s unique about D-One Entertainment is that we incorporate film-making and humanitarian causes. For each one of our planned projects, there is a targeted place for intervention, big or small. Some countries we have in mind are Cambodia, China, Samoa, India, and Africa. After all, film-making was originated for the telling of people’s stories. It’s a shame that the only stories that get out in Hollywood are in the perspective of those have have the money to create the films. Our movement is called the “Independent Revolution,” where independent film-makers show Hollywood what story telling is suppose to be about…inspiring perspective and unity. We hope all film-makers take up the same pedagogy.

Dy: It is called Yao Hon. It’s like the Khmer rendition of the Chinese hot pot, where you dip raw meat, shrimp, squid, and vegetables in a boiling dip made mostly of vinegar and fish sauce. So yummy!

What can we expect to see from you and your company next?

Dy: Next? A great coming of age film about a young Cambodian man and his grandfather facing the tyranny of the wealthy in Osaka, Japan. In order to achieve freedom, he must become what he hates most. The film is called ROOKS.

What advice would you give to others who want to get into professional martial arts and into the film business?

Dy: My advice would be to explore your mind and make SURE that this is what you want. Most people don’t know what they really want. Some artist are solely motivated by money and/or fame but yet they THINK they are passionate about film-making.

Now here’s how you can tell (points I learned from the film Fountainhead):

Are you a creator? Or are you a parasite? Creators are influenced but think on their own and for themselves. Parasites simply copy what creators produce and follow the opinions of others.

I originally learned that there’s no secret to success, just hard work. But my mindset has changed through the years. You have to not be afraid of being successful. Know what you want, Know that you deserve it, Know that it will come and be grateful for the journey and you will be successful 100% of the time; no exceptions.

For more about Dy Sao: 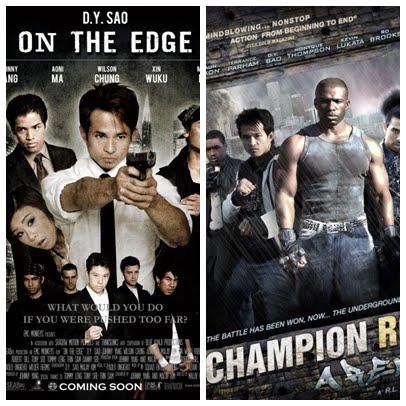 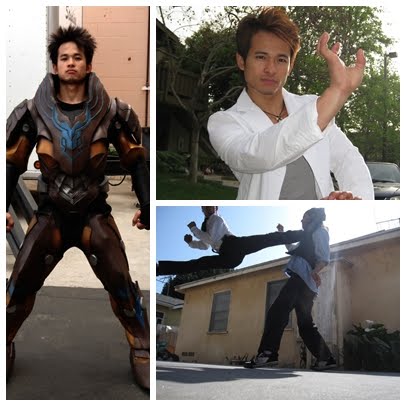 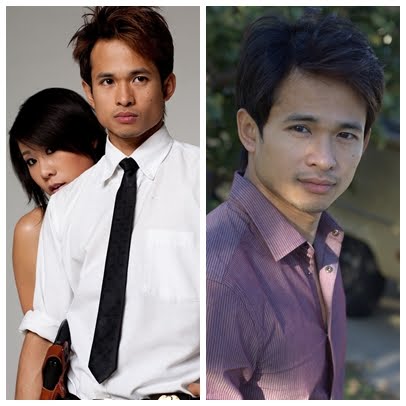 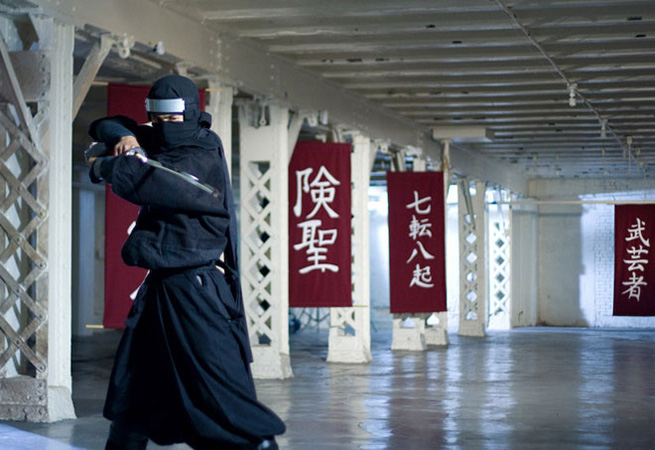 Posted on September 27, 2010 by Cambodian Alliance for the Arts in Athletes, TV, Film and Theatre and tagged actor, filmmaker, martial arts, stuntman. Bookmark the permalink.