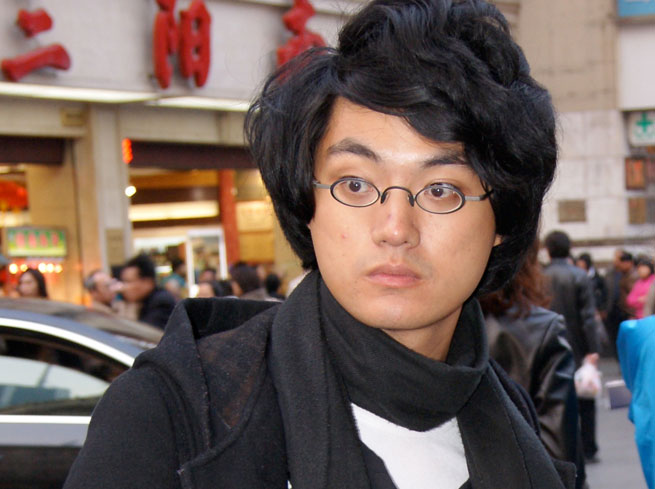 Directed by French Cambodian Filmmaker Davy Chou, “Golden Slumbers” is a documentary that offers a rare glimpse of the lost world of Cambodian cinema of the 60s and 70s. Before the Khmer Rouge Regime, the Cambodian film industry thrived, with over 300 films made during the Golden Era. Remember such classic movies “Lea Haey Duong Dara” (Goodbye Duong Dara) and “Pos Keng Kong” (Snake Girl?) Let’s not forget the leading ladies and gents, Vichara Dany, Dy Saveth, Kong Sam Oeurn and Van Vanak. During the 70s, the Khmer Rouge destroyed and executed most of the country’s history and aristocrats. They pillaged everything relating to the arts including the films and its actors. Only a handful of surviving actors and filmmakers from the Golden Era are living today to give testimonies.

Davy is the grandson of Van Chann (renowned movie producer of the 60s and 70s) and also the Founder of Kon Khmer Koun Khmer. Golden Slumbers is currently in post production and is in need of funding support to complete this film. Help support this project by visiting their fundraising page.

“My name is Davy Chou, I’m 28. I’m a filmmaker and producer. I started to make short films at the age of 17 during the high school, and then decided to go on with this passion. I launched my own production company in 2009, named Vycky Films, with some partners in France, and shot my first feature length film, Golden Slumbers, in 2010, which is a documentary on the golden age of Cambodian cinema. The film is currently in post production. We are looking for funding to achieve it and hopefully we will have it done for October.” — Davy

Where are you from?

When did you learn about your grandpa Van Chann and his history in movie making?

Davy: I had heard since I was a kid that my grandfather, Van Chann, who died before I was born, was in the film industry in Cambodia in the 60s. But it was still very blurry to me, and maybe I didn’t dare asking more questions about it. It’s really after I decided myself to turn into films, at the age of 20, that I asked my aunt to tell me more about my grandfather. Then I realized what was the amazing story of Cambodian cinema from the 60s and the 70s. All those stars and films I had never heard about and that were so popular at that time. All those people who had gone during the KR Regime and that my generation hardly heard about. And then, visiting a wonderful website on the golden age of Cambodian cinema (www.golden-age-of-khmer-cinema.eklablog.com), I even learned that my grandfather was, for this “film expert”, one of the main producers of that period!

Did learning about your grandfather contribute to you wanting to take your career into the path of film?

Davy: My interest for films came before really learning about his personal story. I have to confess I’ve always thought it just came naturally, as a sudden passion, when I started to watch a lot of films as a teenager, so when I really learned about what Van Chann did in the Cambodian film industry, it was kind of weird, almost mystical!

Davy: I have no problem with saying that I find a lot of inspirations in the works of filmmakers I admire. But it’s a mixture of many different influences, producing something different, I guess. However, for this film in particular, and because there were similarities with the topics of their latest films, two of my main influences were Asian filmmakers Jia Zhangke and Apichatpong Weerasethakul.

However, making this film on the forgotten past of Cambodian cinema, we also tried to be inspired by, let’s say, the spirit of the old films. I mean that when you go to a place that was 40 years ago a place of creation (old studios or shooting place) or a place where people loved to see films (we shot in 3 old movie theatres), and that this place has been totally transformed (into restaurants, karaoke of habitations), you need to observe, let your eyes, senses and imagination lead you. And then you might be able to feel something, that will not be a concrete heritage of the past, but maybe a little trace, a springboard that will let you see, behind the present, the hidden image of the past.

What are some of your favorite movies?

Davy: 2046 (Wong Kar Wai), A Day in the Country (Jean Renoir), The Deer Hunter (Michael Cimino), A Time to live, a time to die (Hou Hsia Hsien), Syndromes and a century (Weerasethakul), Miami Vice (Michael Mann) and many others…Recently, I was really impressed by a French film I saw at last Cannes film festival, L’Apollonide by Bertrand Bonello.

The documentary film Golden Slumbers is your first feature length film. How long did you research this concept before starting production?

Davy: When I had the idea of making this film, I started researching in France, but I knew that only a long trip in Cambodia would enable me to visit the old cinemas or studios, feel this story and not just collect abstract information. So I decided to go there for one year, during which I led other projects, in the aim of spending time there, discovering the country and its culture, learning the Khmer language and, of course, putting myself deeply in the past of Cambodian cinema. In the same time, my production team was looking for funding in France, and, in March 2010, we started shooting the film, with a team composed by 2 French technicians, a bunch of Khmer technicians but also 2 American friends who came to help me!

Where there any obstacles that you had to endure to complete this film? How long did it take to film?

Davy: A lot, but that’s normal I guess for a first feature length film. We had a short time of shooting for a documentary film (4 weeks), and in the same time, a big team (around 15 people), which sometimes can raise some problems, for the flexibility of the shooting or the natural of the people you shoot at. So the schedule was quite hard every day, the team finished the shooting really tired, and, at the end, I still had some important scenes missing. So I had to shoot again a few months after, with a smaller team, for one week and a half. But looking back to the shooting of March 2010, it was an incredible and intense experience. After that, I came back to France for the editing, which was a very long process: I had 70 hours filmed and everything to invent. We had many versions with the editor and finally arrived to a 96 min final cut of the film. We also needed to find money during the post production to achieve it, and we still need some, so that’s also a reason why the post production have lasted so long.

You helped establish a young film group in Cambodia, Kon Khmer Koun Khmer. What are some of the initiatives have you seen being done to revitalize the film industry in Cambodia?

Davy: Many initiatives were already going on when I arrived, run by local organizations such as Metahouse or Bophana Center, and in 2009, the Cambodia Film Commission was created, to attract and facilitate foreigners to shoot in Cambodia. This is an essential step in rebuilding Cambodian film industry, as they also work on education, by providing technical training, including a documentary workshop given by Cambodian filmmaker Rithy Panh. And, very recently, I heard that two movie theaters just opened in Phnom Penh, notably showing American films as Transformers or X-Men. That’s a great news, as when I was there, there were only two theaters showing local or Thai very low budget films.

Classic movies are constantly being remade. What do you foresee in the future for Cambodian movies?

Davy: For sure, I do hope that there will be some influence from the old films on the new ones, and I would find it very moving to see a young filmmaker trying to bring back to life a famous story that has been lost. But I also think that it would be interesting for new filmmakers to tell stories about what they know, namely the current situation in Cambodia. There are many stories worth telling if we just look around us.

What advice can you give to an aspiring filmmaker?

What can we do to help support your film “Golden Slumbers”?

Davy: I am looking for support to finish the postproduction of my film and help its distribution. For this fundraising, the film has been selected by a French-based film website, “touscoprod.com“, which permits individuals to contribute financially to a film in exchange of rewards depending on the amount invested.

The page of the film is here: http://www.touscoprod.com/​pages/projet/fiche.php?s_i​d=5244&t=en&l=en
Then, when you click on the page “rewards”, you can see what you can get investing on the film.

Actually it’s a way to thank people for supporting the film. I hope we gonna reach the minimal amount (10 000 euros) thanks to which we will be able to get the funds. If not the contributors will be reambursed. Please feel free to spread the news around and let’s make it!

Posted on August 16, 2011 by Cambodian Alliance for the Arts in TV, Film and Theatre and tagged filmmaker. Bookmark the permalink.