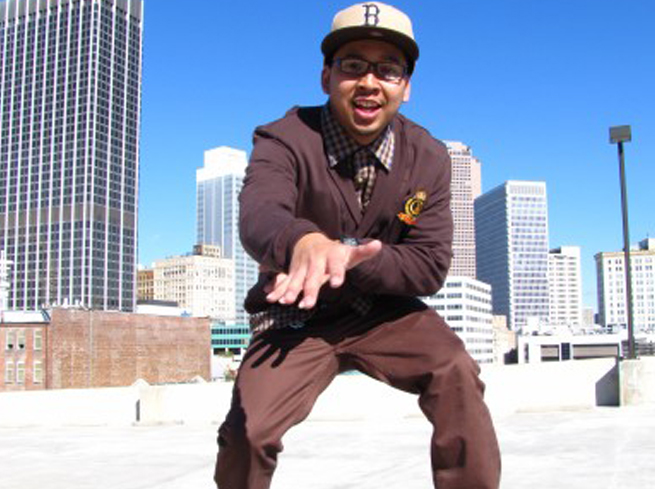 Known for his substance rhymes, Atlanta based hip hop artist GoldenChyld (real name Michael Chrouk) by way of California cultivated his southern swag from growing up in the hub of southern rap. Atlanta houses a slew of prolific rap artists such as Outkast, Ludacris, Young Joc, T.I. and B.O.B. to name a few. GoldenChyld first gained recognition in 2006 after winning an open mic showcase which lead him to be the opening act for the Killer Mike show. With a one mixtape out and a second due for a May 13th release and air play on the local radio station, GoldenChyld is well on his way to become one of ATL’s most anticipated breakout artists.

How did you get the name Goldenchyld?

Goldenchyld: GoldenChyld was given to me from my peers when I first started rapping. we were outside of the house freestyling one evening and I flowed for like 6-7 minutes straight. They were all amazed at me and someone said, “Damn boy, you flowed!” and then he jokingly said “You’re the chosen one, lol, like the GoldenChyld!” It was a long pause and then we all went crazy like yeah GOLDENCHYLD! That name fits you!!! and it stuck with me ever since.

Goldenchyld: I was born in California. I came to Atlanta when I was extremely young.

Tell me about your second mixtape coming out soon.

Goldenchyld: The 2nd one compared to the first is like night and day. The 2nd mix tape really displays my growth and progression. My 2nd mix tape really sets the tone for myself as an artist. It’s different from the 1st mix tape because it’s more personal, and I’m really concentrating more on the lyrical aspect then just good beats. Both mixtapes can be downloaded at goldenchyld.com

Where do you draw your inspiration from?

Goldenchyld: My inspirations are people around me, myself, and just things that I see and go through on a day to day basis.

How did the south influence the way you rap? What artists influenced your music?

Goldenchyld: I love Atlanta. This is home to me. And the music down here played a major role in my style. Then again I have developed my style through all types of music. As far as my influences goes in music: Tupac, OutKast, Nas, Eminem, Scarface, B.o.B., Marvin Gaye, The Spinners, The Isley Brothers, ETC…

At what point did you decide to make a career in music?

Goldenchyld: Well, I’ve been writing music since I was 15 and last year was the 1st year I took music serious and decided to make a career out of it. Live performances, website, music videos, etc. The moment that was serious to me was when I was showered with love once I got off the stage for the 1st time in 2006. From that point I knew that my talent would be much appreciated.

Goldenchyld: It was an open mic showcase held in South Carolina.

How did you come to open up for Killer Mike and other artists? Was that night the first break into the industry?

Goldenchyld: The Killer Mike event was presented to me after I competed in an Open Mic showcase last year and won a grand prize of $500.00. After winning that competition, I was contacted and given the opportunity to open for Killer Mike.
And yes that night was the night I made my presence truly felt, and broke into the industry. Since the Killer Mike show, I’ve been doing a lot of feature shows. I’ve been given plenty opportunities to be the “headliner” at many events. The feeling is surreal. My presence is always felt on stage, and the audience gives me their undivided attention every time I hit the stage. There is always a lot of love displayed at my shows, on and off the stage.

Do you have any mentors? If so, who?

Goldenchyld: My mentors include family, my manager, and the spirit of my father. My family is definitely supportive of my music. My mother recently sat down and had a conversation with me about when I make it, not to forget where I came from and always present yourself with respect and honor.

What artists would you like to collaborate with and why?

Goldenchyld: I would like to collaborate with Eminem, because not only is he the most lyricist artist in the game now, but he’s also endured a lot of trials and tribulations and displayed strength through his music. He’s an emotional artist as well such as myself. I apply a lot of emphasis in my words because I’d rather the listeners feel my music instead of hear. Another artist that I have in mind is B.o.B. He’s not only from East Atlanta, but I’ve watch him grow as a local artist to a Grammy nominated artist. He’s a musician and his styles are very versatile when it comes to creating music. And last but not least I’d like to work with Andre from OutKast, simply because he’s been a major influence on my love for hip-hop. And he’s the most unique to me out of all artist I listen to.

What are your future goals in music? Where do you see yourself in 5 years?

Goldenchyld: My future goals in music are to accomplish my own goals that I’ve set for myself. These goals include, reaching that finish line of success. Getting the world to hear my music and appreciate the substance and message that is presented within it. To be able to influence those around me and get people to respect and love me for what I do, and what I say. In the next 5 years I see myself traveling and doing shows all over the world. Being able to take care of my friends and family through finances and giving back to my community.

For more about Michael Chrouk: 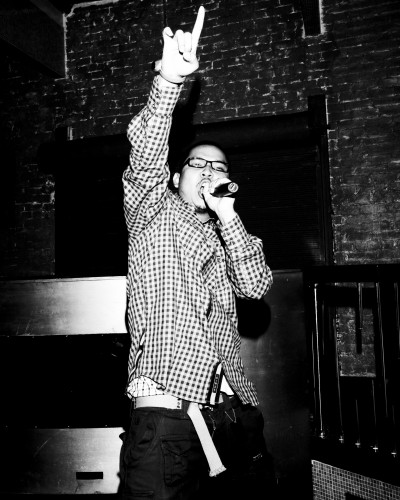 Posted on March 14, 2011 by Cambodian Alliance for the Arts in Music, Poetry and Dance and tagged hip hop. Bookmark the permalink.