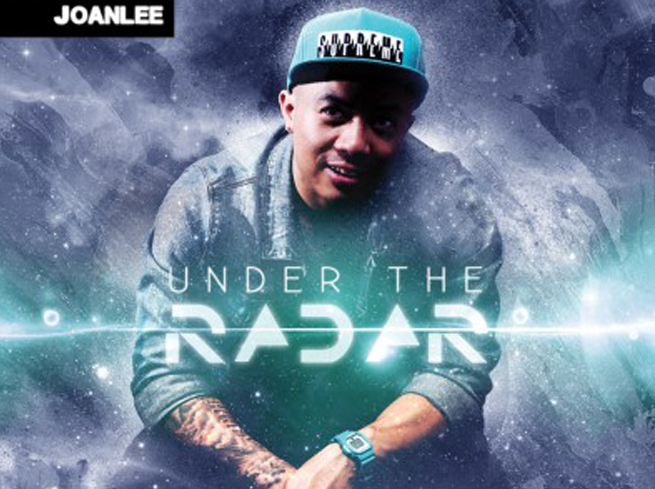 Youtube sensation Joanlee recently dropped his official mixtape “Under the Radar”. The Long Beach, CA native composed these tracks with original swift beats and songwriting. Joining him as special guests on the album; Lil Crazed, Traphik and Erika David. Joanlee, alongside his cadre of Youtube artists are currently touring the country in the “School of Hard Rockz Tour” .

Joanlee: No I am not Cambodian. I am “Lao Ngaw” which is considered to be the Laos people who are from Cambodia. Though I do understand and speak a little bit of Cambodian. My family & roots are from Cambodia and we migrated here to the states in 1979/1980 due to the Khmer Civil War.

Why did you title your mixtape “Under the Radar”?

Joanlee: I named my mixtape album “Under The Radar” for 3 reasons. 1st, was because people were really writing me off. Saying that I wasn’t doing anything new because I didn’t release any new music for a year or so and was kind of away from the limelight with my youtube videos & shows. But what I was doing was, doing the behind the scenes stuff with songwriting for other artists & studying the music business thru my mentor songwriter “LiL Eddie”. 2nd, was for all the people who said I wasn’t good enough. That I couldn’t sing or that I couldn’t rap and that I wasn’t going to get anywhere with this music. It was kind of my proof to them that I wasn’t just a cover artist who could only do remixes. 3rd, was because I still feel that I’m under-rated. It’s like I’m an underdog and I have something to prove. And just like when an underdog wins, it’s the least expected but when they win, everyone will know who that person is. So it’s kind of like some stealth stuff where I want to shock people and have people be like, “Damn?!!! Where did this guy come from?” :)

Is this your first mixtape?

Joanlee: This is actually my 2nd mixtape. My 1st was entitled “Unsigned Prospect” which released in 2007. That 1st mixtape was remixes & it was like the 1st time I was ever recording. It was horrible compared to this one! Hahaha! I’ve grown a lot better since then. So I would have to say that this is my 1st “Official” debut mixtape. It’s really an album because it has 100% original beats & lyrics. The only reason I called it a mixtape was because I made it available for download for FREE. This was so that I could get more people to listen to it and to judge or enjoy my music from.

On the song “Nostalgia” Was that you singing? If so, you sing and you rap?

Joanlee: Yes, that’s me singing on “Nostalgia”. I wrote that song about a past relationship that I was dealing with the struggle of letting go and moving on. I’ve definitely moved on from it but I remember writing it and I was thinking of all the good nostalgic memories and was like, “Damn?! Can people suffer from Nostalgia?” and then boom! I started writing it. LoL! And yes I do rap and sing.

Your mixtape has a lot of songs for the ladies. Did you write about a particular person as your muse or is it from your experiences in general?

Joanlee: My songs were definitely written from 100% of experiences. So yes, they’re songs for the ladies! Not to any particular chick or muse but let’s just say different songs for different ladies from different experiences to be safe. LoL!

Its been a month since you released your mixtape. What kind of feedback have you received so far.

Joanlee: Yeah it’s been a month since the mixtape released and I would have to say that the response on it has been extremely gratifying! I really didn’t expect for it to be as positive as I thought it has. It’s getting a pretty good amount of downloads daily and I actually sold out on my 1st batch of physical copies. The crazy thing with the physical copies was seeing where it was getting shipped out to. I had fans/supporters from even out the country which blew me away. It was a very good feeling seeing people who have been there from the beginning cheering and being proud of my mixtape because they related with my songs and watched me go thru the up’s and down’s in my career so far. And now it seems like the mixtape did what it was supposed to do. It shun a lil light on me and people are starting to recognize me more and giving me the respect and listening ear that I’ve worked hard for.

When did you decide to take your music to the next level?

Joanlee: I decided to take my music to the next level about a year ago. After doing a lot of music recordings alone for about 6yrs, I had a major label deal in Atlanta, GA that didn’t pan out, I was fortunate enough to get a lot of help from LiL Eddie. He was the one that brought me in to these big recording studios with grammy award winning producers, songwriters & engineers. From then on, I studied with him for over a year and a half and that was when I knew I was ready. So then I took on my music career as a songwriter and wrote for a bunch of artists and got 2 placements on albums last year writing “No Interruptions” for Michelle Martinez’s “Adrenaline” album & “Want It” for Krystle Cruz’s “Underneath Me” album. After that, I decided to start on my mixtape album last year in Oct’ 2010. So I guess you could call this mixtape album my 1st born since it took me 9 months to complete it and it’s my baby! :)

How has social media helped you gain more exposure?

Joanlee: Social Media has helped me a lot w/ exposure. I mean as an upcoming independent artist, you really don’t have the budget to try to get yourself on these major markets such as the music channels or magazines. On top of that, with me being an Asian American, I think that we’re the “ONLY” ethnicity who “DOESN’T” have our own network channel to showcase our talents & different cultures. So I was kind of forced to take matters into my own hands & use different social networks & web blogs to get myself & my music out there. I also have friends who are pretty popular on there also so we feed off of each others fans/supporters. With help of these social networks, I’m able to put out what I want, when I want & also have immediate updates to my audience asap. I’m also able to get feedback from them as well which is pretty dope. It’s kind of a humbling & gratifying experience seeing how the audience promotes your music thru their social networks also. So it’s like a web/online “word of mouth” thing going on. Hahaha!

What famous musicians have influenced you and your music (style)?

Joanlee: Lauren Hill was a huge influence to me. She was who I looked up to as an artist because she was able to be accepted as a singer, rapper, writer and artist. She had class and kept it street when she needed to and that’s who got me into wanting to pursue this as a career. Another big influence to me was Eminem. His story was just too real and compelling. For him to come into this game knowing he’s white doing Urban music and to really prove himself going thru all those struggles and to succeed, that was very inspiring. And last but not least, definitely Snoop Dogg. I was in middle school when Snoop started his career. I still remember walking to the Khmer market to get my mom some fish sauce when I saw him recording this “What’s My Name” music video across the street. It was so surreal when a couple weeks later I saw my him and my city on MTV & BET! Hahaha!

Joanlee: My fave Khmer Dish would have to be “Mee Ga Thung” w/ eggs sunny side up! That w/ some Sriracha and some Hoisen sauce and I’m good!

Joanlee: What’s next for me is shooting music videos for the songs from my mixtape and doing more shows to help promote it more. I have my own film team “Philthy Oyster” who will be shooting all my music videos and I will still be performing on the “School Of Hard Rockz” tour. I’m also still songwriting for a bunch of artists in between time and I got a couple more collabs with well known artists coming out soon. Keep posted for updates thru my twitter, youtube or facebook. 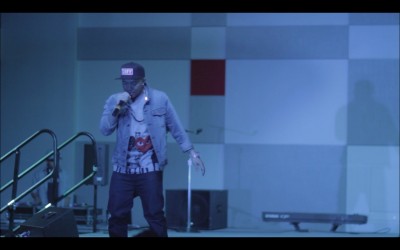 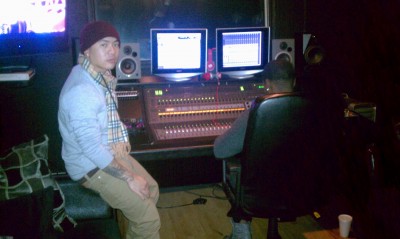 Posted on July 20, 2011 by Cambodian Alliance for the Arts in Music, Poetry and Dance and tagged rapper. Bookmark the permalink.