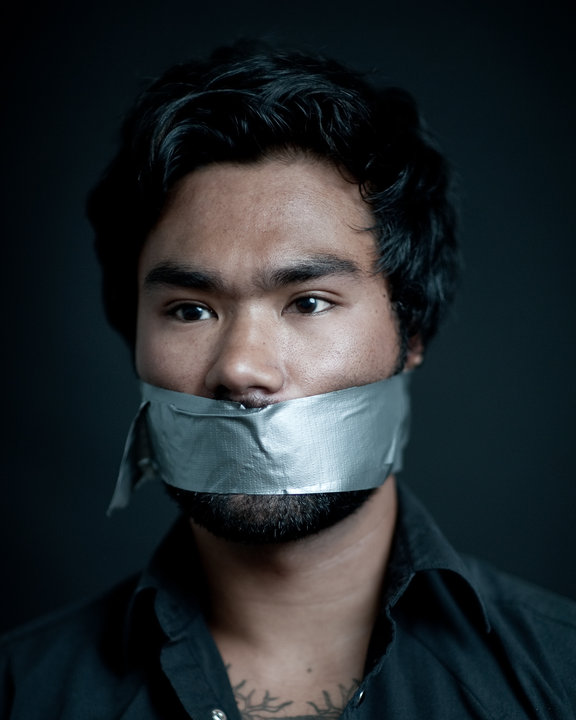 Originally taking up photography as a hobby, Pete Pin soon discovered his new- found passion. Photography impacted his life so profoundly that Pete forfeited his full 8 year fellowship and hundreds of thousands of dollars to pursue documentary photography. Currently a student at International Center of Photography in NYC, Pete’s work has appeared in Burn Magazine including honorable mention at the NY Photo Awards as a finalist and at the International Photography Awards to name a few.

The Cambodian Diaspora in America is a new project that Pete is in the midst of documenting. So far, Pete has visited various Cambodian populated cities capturing Cambodian people at local events and in their daily lives.

Pete: Khmer, Chinese, Vietnamese, and Thai I believe. My father is half Khmer and Chinese. My mother is Khmer, Vietnamese and Thai. He’s dark skinned and she’s light skinned.

I read that you picked up photography as a hobby.

Pete: I purchased my first camera during my first year in my PhD studies and started photographing a lot of the protests in the bay area partly as an activist. As an undergrad, I was very set on going the academic route. I purchased the camera over two years ago, summer of 2008. I became disillusioned with grad school, academia, etc. and believed that photography would be a better vehicle to pursue my ideals. I was self-taught up until September of last year.

What inspires you start on a project? You really seem to empathize with your subjects.

Pete: Well it all starts with some story and some sense of humanity in the story. Yes, That’s documentary photography and that’s what drew me to the medium
as opposed to academia. There’s an authenticity to it, and an emotive response that a photo can generate, that’s very moving. It’s also very democratic in the sense that anyone and everyone can understand the visual language.

What made you want to pursue photography full time?

It was the first time I realized that photography, and documentary photography in particular, has a profound effect so after a year of grad school I left and started working on my own project on the street kids in Berkeley (Telegraph) without any guidance or support.

Your Telepath project was your first published series of photographs?

Pete: It was published in Burn Magazine. Burn was a big thing because it’s such an important publication as its run by a very important photographer and has received a lot of press as the platform for emerging photographers so it was a good start, but only a start. I’ve grown significantly as a photographer since then.

How long can a typical project run for you?

Pete: I plan on working on the one I’m doing now full-time for about four months, but will be shooting off and on for over a year. The end is 25-35 photos.

How do you go about in finding these stories and subjects? Your photos seem to tell a story within each photograph.

Pete: That’s something I learned while working on Telegraph, how to work with subjects and that I’m consolidating now at ICP. I was shooting at Tompkins Square Park for example, in the East Village of NY amidst a bunch of “users” and dealers and I approached the person I thought was most senior and told him what I was doing, that I was photographing, and asked for permission to be there. He in turn announced to everyone that I would be taking pictures, and that if they had a problem with it, to tell me.

At times, you just meet someone on the street, find them interesting, and literally go home with them. I’ve done this several times.

Was it for that moment or did you follow them over a period of time?

Pete: Well most of those people are my contacts now for another thing I’m working on of squat houses in NY, but I can spend an entire day sitting on a park bench just hanging out. I’ve had some problems for example, several months ago, while working on the squat houses. I randomly followed someone to their squat which turned out to be a crack den and found myself in a very dangerous situation where I had my life threatened.

I had all my equipment stolen about $8K, but after leaving the den, I found the dealer that ran the house, told him what had happened, and we negotiated the return of my equipment minus my CF card (all the photos) for $10.

In the words of my mentor, you lose those shots, but gain ten more. As in the experience taught me a lot. I find documentary photography to be a fascinating experience; the camera gives me the ability to tell people’s stories and to put myself in situations that I’d otherwise never be in. There is certain poignancy to people’s lives, those who live on the outskirts and it’s tragic, but there’s humanity there and that’s what’s important.

Can you tell me about your new project Cambodian Diaspora in America?

Pete: I’ve always wanted to do a long term project on the Khmer community. I’m doing this at ICP. It’s a way of turning the camera inward I guess and I feel very strongly that the story needs to be told, given the history of our people. A lot of books and documentaries have been done on the Khmer Rouge and the genocide, but rarely do we see stuff on the Khmer American community which fascinates me. I grew up in Stockton and Long Beach (left Stockton when I was 14, went to HS in Long Beach) and I witnessed first-hand the struggles of the community in regards to poverty, violence, etc etc. I initially wanted to go to Stockton to do the project there exclusively, but people urged me to do it here on the East Coast, and to follow through in Stockton later.

Do you plan to finish the project there?

Pete: Yes I hope. Bear in mind I’m not making any money from any of this so it becomes a matter of funding i.e. grants. I’ll need a small grant to finish in Stockton. I’ve been shooting for just a week, but it’s been phenomenal. I’ve met so many people working on many issues in regards to our community.

What have you shot so far?

Pete: I don’t have a direction, right now I’m just photographing. I stayed with a family in Lowell for several days over the weekend and that was phenomenal. Photographing their domestic life, I hope to go back to Lowell at least several times a month but I’ll need more contacts there it was my first time.

Do you speak Khmer fluently? If so did you communicate with them in khmer?

Pete: Ha yes Khmer. No I don’t speak Khmer fluently it’s tragic.I was raised in a house where everyone spoke English and was to some extent divorced from my culture. My father is a Christian for example. I learned Khmer while I was an undergrad in Berkeley and can read and write at a basic level (I can read Karaoke for example), but my vocabulary is limited. I’m self-teaching myself right now (reading and writing) and hope to take formal lessons again soon. (I’m watching karaoke for example and going through a work book) It’s something that always caused me anxiety, not being able to speak Khmer and to some extent I feel like an outsider looking in which can make for potentially interesting photos I think… to some extent this is my way of connecting.

How was your Philly trip?

Pete: There’s an entire list of photos that I’ve envisioned for this project such as children learning how to dance, taking a language course at the temple, a Khmer wedding etc. etc. I also want to document the deportation issue. The people at the One Love Movement are held a fundraiser to raise money for their trip to Cambodia in early March to document recent deportees from Philly. My first real introduction to the deportation issue came via meeting Many Uch in Seattle, during his clemency hearing at Olympia.

Many, if you’re not familiar, is an incredible individual. I think the deportation issue speaks very poignantly in regards to the struggle of our community and the irony of the Khmer American experience. While in college I read Operation Sideshow William Shawcross I believe which details Nixon’s bombing campaign of Cambodia. The reality of course is that American foreign policy is indirectly responsible for the plight of the Khmer people which adds irony to the deportation issue. Prior to meeting Many, I was unfamiliar with the changes in the immigration laws and how that has affected our community. I.e. automatic deportation of LPR’s (legal permanent residents/non-citizens) convicted of felonies and the removal of immigration judges from the proceedings. I.e. no case by case basis in regards to deportations, rather a blanket policy and for refugees this is incredible draconian incredibly, but there are a host of issues facing our community such as undiagnosed PTSD (post traumatic stress disorder) and everything in regards to the inner-city. There are so many Cambodians doing amazing work for their community, it’s very moving.

At this time you are not sure of how long the duration will be? After Philly you are going to Stockton?

Pete: I’m still based in NY, I’ll be in Philly hopefully in and out, in addition to Lowell. The bulk of photographs will be made in the Bronx. After June I have no idea where I’ll be. There’s a possibility I may get to go to Cambodia, but there’s an end date for now, given the time constraints at ICP. I’ll have a working edit by June.

Pete: hmm… bok lahong(papaya salad), but that’s not fully khmer. I actually really like pahok, I even have a jar at home.

Where do you see yourself in the next 5 years?

Pete: that I can’t answer. I don’t know where I’ll see myself in the next five months given the nature of what I’m trying to do. I want to establish myself in documentary photography…and that’s a very very long and difficult road with many sacrifices. I have a phenomenal opportunity here at ICP and have a great team of mentors.

What advice would you give to aspiring documentary photographers?

Pete: To find a project that you’re passionate about, and simply do it. It’s very difficult…and there are no financial guarantees, so having another source of income would be great… I would love to see more Khmer documentary photographers but it is a position of privilege I know.

For more about Pete: 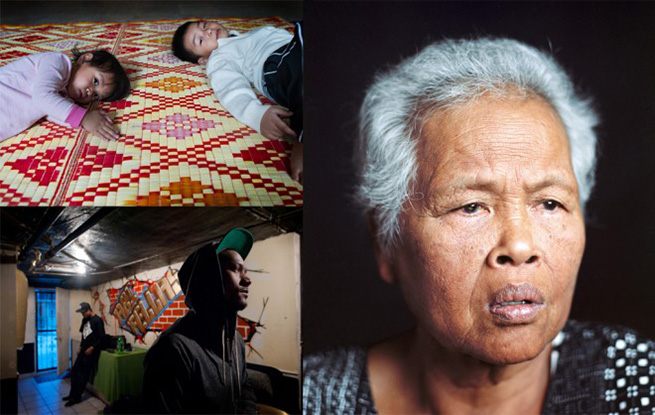 Posted on April 21, 2011 by Cambodian Alliance for the Arts in Design, Photography and Fine Arts. Bookmark the permalink.