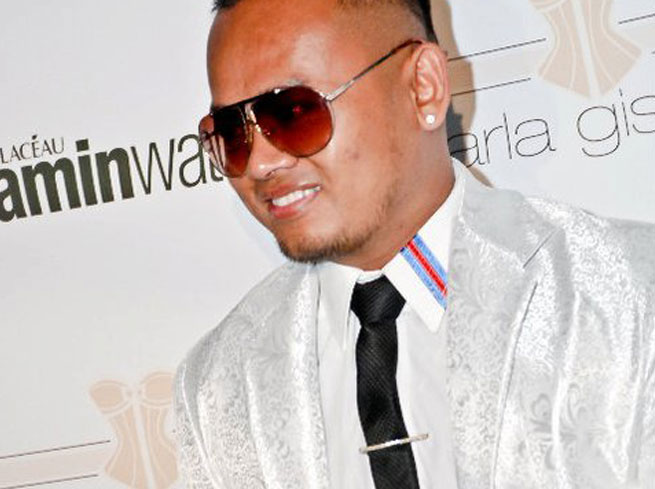 Since 2006, bespoke Fashion Designer Remy Hou has accumulated a stellar list of celebrity clientele. Clients such as John Legend, Katy Perry, Justin Bieber and more have sported his fashions on numerous shoots and red carpet events.

Prior to becoming a full time fashion designer, Remy received his B.S. in Computer Networking and a Masters in Business Administration. Friends and colleagues took notice in Remy’s fashion sense. Constantly receiving accolades about his sense of style, a fortuitous moment happened when a man approached Remy while he was wearing his one-of-a-kind, modified hoody. The man loved the hoody so much that he commissioned Remy to make ten more. From there is when Engineered by Remy was born. Remy is currently working on expanding his line of men and women’s clothing to the masses domestically and internationally.

“I needed something to represent me, who I am as a person, and also me from how I started. So these colors are actually from the Cambodian flag. The colors signify that sometimes you’re going to be tested a certain way and get made, which is the red, and sometimes you have to keep cool, collective, smart, and wise, so that’s where you have the color blue,” Hou said. “So you have to [learn to] balance yourself.” – Remy Hou

Remy: I came to the States in 1990, through Family Sponsorship Program . I have always resided in Long Beach, CA, that was my first exposure to a world of wonder. You have to imagine yourself, like how I was, completely sheltered and clueless about the world when living in Cambodia. Then to come here on a plane, seeing the clouds, the escalator that moves sideways, the freeway, cars, and especially water that disappears when you push on a lever. To me that was a complete amazement, but I adapted and adjusted very quickly.

Remy: What doesn’t inspire me? The most inspirational thing that makes me work hard is seeing my mom work to raise me. I remember a time in Cambodia when me and my mom would wake up 4am with some freshly made doughnut, walking in pitch dark about a mile or so to a place where we can bake it in the oven. At 6am she’s back at the market, ready to serve fresh made doughnut and all her specialty sweets to customers, while im at home sleeping catching up to the hours I miss. I can’t forget these memories and the hard work, the hours and years she sacrifices to ensure that my life is better then what happened to hers because of the war.

When did you realize wanted to become a fashion designer?

Remy: Realistically, Fashion Designing was never what I had anticipated when I was in High School and in College. I was fortunate that at a young age I was taught how to use the sewing machine to help my mom’s sewing business. As far as designing, I think I have a different outlook and perception on life. I realize when I was working at Helio (worked as a computer networking specialist), from all the positive feedback, that fashion designing could be a realistic business. So began Engineered by Remy.

What was the first article of clothing did you make?

Remy: When I first started, I was still employed at Helio I started taking hoody sweaters and started modifying them; sewing different fabrics on top of it, adding leather patches, adding fur, etc. I was basically experimenting; eventually I started using it as pattern and made leather jackets. Everything else started to evolve, from the way I sew, to the fit, to the design. I’m constantly teaching myself how to create a better design. I believe in order for me to be the best, I have to aim far greater than just landing on the moon, I want my work to shine by itself like a star.

What was your first break or gig into the fashion industry?

Remy: I’m not sure if there is a single event that I would call a first break, but maybe this was the first legitimate break or an enlightenment. R&B artist John Legend was probably the first break, I made a custom leather jacket on his private birthday at Lucky Strike in Hollywood, and this was the time he was getting to go on tour for his Evolver Tour. It took some long hours in designing and sewing it. I even had a photo id with his album photo on the jacket. It was a one-of-a-kind creation created for him and when I arrived to deliver it to him. I guess you can say that a light hit when he smiled told me that I’m doing the right thing. I’m constantly pushing myself with new design, different type of fit, fabrics selection and some experimental blend with technology.

You are actively involved with the Cambodian Community in Long Beach. What is your role?

Remy: I’ve been actively involved in the Community for about 2 years now and I’m a Board Member for Cambodian Coordinating Counsel, People to People International Long Beach Chapter and Cambodian American Business Association. As I spend my time and serve the Community, they started to understand and realize the time and effort it takes to produce a show, to design and sew, to running a successful brand.

What famous designers have influenced you?

Remy: Karl Lagerfeld in the sense that he doesn’t just design but is also expressing his talent through other means like photography, in the future when I get to his status I would love to explore all of my creative and artistic passions as well. Dolce and Gabbana to DSquared2 have influenced my designs. Sometime they are edgy and I look at my work and compare if I’m up to par or close to it. I get my influences from observation as well; sometimes I could look at a classic Astin Martin DB5 and be inspired to design a sleek, fitted, sophisticated and stylish suit. Art and creation is limitless, the only limitation is your own pursuit for freedom.

Who would you say is a fashion icon?

Remy: Michael Jackson is a fashion icon, everything he wore was memorable and it signifies him as a mastermind. There aren’t a lot of artists that would go to great lengths to capture that artistic fashionable imagery. Beyonce, Kanye West, Lady Gaga and also Korean artists are very fashion forward, not to mention young Japanese teenagers. They are fashion icons, it’s also been said that trends start from Japan to Europe then to the States.

Remy: Hmmmm, there’s so many Khmer dishes that I enjoy, I would say Num Pa-Chouch would be one of them because when I grew up in Cambodia, which was a common food. It would bring back memories of my childhood and the innocent time I had growing up; I also remember eating this chicken soup with some Cambodian Squash. I remember eating it as a child, my neighbor was teasing me because I would eat all the vegetables and chicken first before I finish my rice.

What advice would you give to others who want to be a fashion designer?

Remy: There are so many brands alone in just Los Angeles, just like when you look up at the night sky. There are millions and billions of stars but each one is different from the rest. My advice is to look within your ability and talent, in each and every one of us. Our light shines differently from others, do not get discouraged when things doesn’t go as planned. Life is a series of task and challenges, how you succeed and fail is all determined how you can endure or make choices from success or failure. I’ve failed many time and I’ll continue to fail but each time I do, I adjust and learn. I’m only where I am because I listen to other advices and learn from my own mistakes. Fashion is one aspect, but keep in mind this is a business, so you must learn how to market, promote, cater, and socialize to everyone. You have to be able to separate business from personal; mixing the two would be hazardous.

For more about Remy Hou:

For purchase inquiry regarding Engineered by Remy products please contact their direct line at 714.422.5152 or email [email protected] 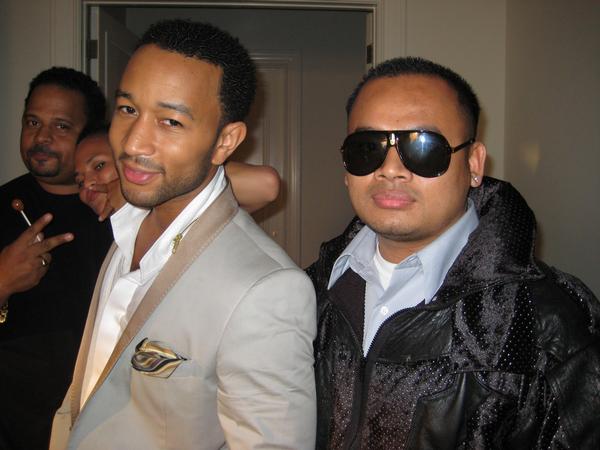 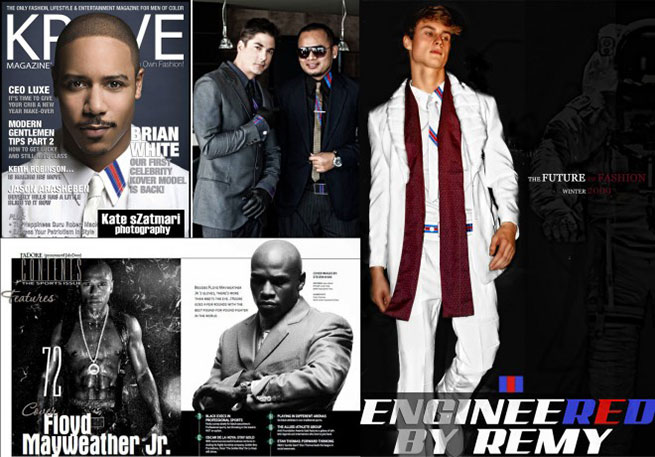 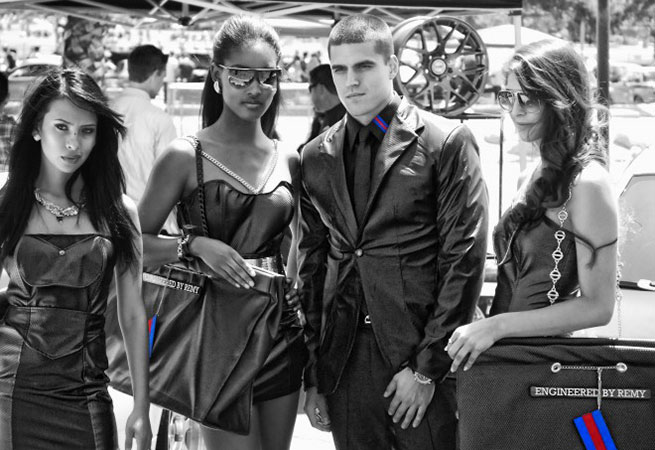 Posted on March 20, 2011 by Cambodian Alliance for the Arts in Fashion, Makeup and Modeling. Bookmark the permalink.