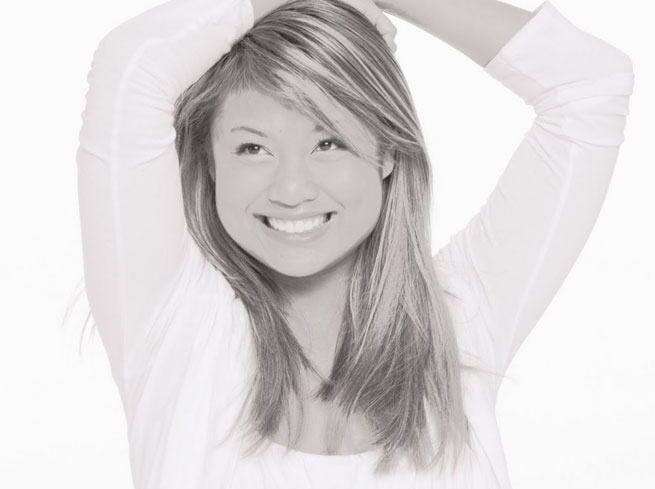 Meet Sadi Thann, Miss Massachusetts First Cambodian beauty pageant contestant. With a platform where her voice is heard, Sadi hopes to make a colossal difference in Cambodia. Her future objectives are to educate the children of tomorrow and teach them to dream big. She also wants to help empower Cambodian women to be successful and career oriented such as herself. Her passion is with women and children’s rights, predominately the victims of the sex trade industry in Cambodia.

“I was born in Thailand in a Refugee camp after both my biological parents fled on foot from Cambodia to Thailand. I was in foster care since the age of six until I was adopted by my adoptive family at the age of ten. I didn’t speak English very well for some of my childhood and didn’t really know how to read until I was well into fourth grade. For most of my life I was teased for being different and strange looking. No one really knew what Cambodians were, or where we fit on the planet. My childhood I would say wasn’t very easy by any means, and the bullying was one of the leading reasons why I worked so hard to become successful. I hated growing up without a real role model to look up to. Every where I looked in the media or in movies there was never a single girl who looked like me. Growing up as time went on, I felt like the only representations of my race in media was through hyper sexualized or villainized images of Asian women. I didn’t understand how everyone knew about the Holocaust but no one knew about the Khmer Rouge that happened in our own life time. Where were the Asian women who were both Asian and American and proud of it? Now that I’m older, I finally see Cambodians trickling slowly into the media as models, actors, authors, lawyers, professors, activists and so on. Inspired I want to nourish and encourage this growth by adding in my own spark and originality to the growing faces of Cambodians within Main Stream media. What better way to do so then to enter into a beauty pageant? How fantastic would that be if a Cambodian woman was considered the ideal woman of her state? What better way to make this happen than by entering into an event where young woman are evaluated by their confidence, success and beauty?” – Sadi

What University do you attend and what is your Major?

Sadi: I am currently a senior at the University of Massachusetts Amherst, I am a double major in Legal Studies and BDIC Race Class Gender and Sexuality Studies.

What made you want to audition for Miss Massachusetts beauty pageant?

The pageant was held in Lowell Massachusetts which has the second largest Cambodian population in the country. It was important to me to make sure there was at least one Cambodian American contestant compete ting in the pageant.

Did you have any prior modeling or spokes model experience?

Sadi: I’ve been modeling since high school for different photographers. Just recently y I worked for a friend of mine in Boston who was the leading figure behind Boston fashion week and Timeless James Bond event as a Bond girl. I’d say school is a much bigger priority for me than modeling. It’s a lot of fun and a great hobby but I wouldn’t want it to become my career, I have a lot of different careers in mind but for now I am working to be a Women Studies Professor.

What was the response from the Cambodian community once they heard that you were a contestant?

Sadi: They were very excited! After the pageant of course the news hit my home town and school once the article came out and I received dozens of friend requests from Cambodians all over the country and Cambodia on Face book! They blogged and posted the article on their sites, sent me congratulatory emails, called me up for interviews and even sent me gifts! It was so neat to have so much support. I was afraid they would disapprove but they all rooted for me.

I understand you are adopted. Are your adoptive parents Cambodian?

Sadi: No, my adoptive mom is Jewish and my adoptive father is Polish. I am still in contact with my Biological Family. It’s kind of neat having two sets of parents. I rekindled with my biological family in high school, but the people who raised me are my adoptive family.

Sadi: Oh Man!! This is a hard question because I love everything my biological mother cooks for me! I’d say my two favorites are Mee K’tung which is a flat or wide noodle dish stir friend in oyster sauce with veggies and meat, I usually eat it with beef or chicken, sadly in my town the only dish similar to that is a dish called Rad Nar which is a Thai dish. My second favorite dish is Yao hon, because I love hot pots! Nothing beats having a fresh meal that I can eat and make on spot! It’s healthy, delicious and nutritional! I love sitting around on the floor with my friends and family with a large flat plate full of fresh vegetables and meat to dip in the tom yum stew…yum.

What community organizations are you involved in?

Sadi: I was in the Cambodian Students Association in my high school since ninth grade, so naturally I joined in college. I’ve been an active member of
Project 2050 since I was eleven years old. I currently am a sponsor for several children within the ChildFund Organization and the Make a Wish program. I was in the community service club in high school, Students for a Free Tibet, Improve Club, the GLBTQ club and the newly founded dance team called Dance Theater ensemble to name a few.

If you were crowned Miss Mass what would be first on your agenda?

Sadi: I’d like to travel to Cambodia, and talk to the young women there. I feel like Cambodian and Cambodian American young women often don’t have a voice and are not encouraged to be successful or career oriented. We don’t have very many role models available who are an accurate positive representation of us. I’d love to inspire my peers, and the younger generation to follow their dreams, challenge the world around them and to feel like they can make a difference in their lives. As an underrepresented minority, we are just as important as everyone else. We’ve struggles so hard and have come such a long way. Even though the genocide tried to kill every educated, skilled, successful Cambodian, we still survived.

Where do you see yourself in 10 years?

Sadi: In ten years I see myself back in Cambodia as a lawyer or an activist for women and children’s rights. There’s so much corruption within the government and fear amongst the people to do something about this serious issue.There has been a dark shadow covering up the child sex industry in South East Asia for years. I plan to educate and make a difference in the lives of the children who are kidnapped and sold into brothels. I’ve done a lot of research on child sex slaves.It pains me to see children go through that. There is no telling the psychological and physical damage they are going through and how alone they must feel. If I can empower and bring hope to Cambodian women and help to heal as many victims of the sex industry as I meet, I would have fulfilled my dreams. 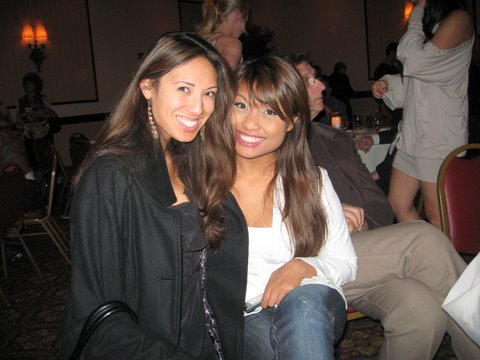 Posted on January 28, 2011 by Cambodian Alliance for the Arts in Fashion, Makeup and Modeling and tagged beauty pageant. Bookmark the permalink.