Meet Entrepreneur Sath Nop, Founder/President of Sakiri Vodka. Originally from France, Sath relocated to the United States back in 99′ to compete in Pro Golf. With appropriate timing, he recently relaunched Sakiri Vodka in Hollywood with great success. The Cambodian Vodka is steadily making its way through distribution across North America in hopes to be worldwide. Sakiri Vodka is currently available in California, Georgia, Canada and soon to be NY, NJ and Florida. The nephew of famed 60s Khmer actor Nop Nem, Sath is also a golf instructor at his very own Sath Nop Golf Academy in Georgia.

“I want the world to remember that before the War and the Genocide of Khmer people with POL POT, we were a Peaceful Country and were Happy People.” – Sath

I understand that you were nightclub owner in France back in the 90′s. How did you get the idea to develop your own drink?

Sath: Back in 1994, No body knew anything regarding liquor or Spirits from Asia than can be used for a long drink or cocktail for the Night life(Night Club and Bar). The only thing that people were aware of was “SAKE” from Japan. SAKE back then was considered more like a Rice wine to be drunken only with Japanese food.

So I wanted to create a Spirit that consumers can enjoy as a long drink and be used for a cocktail and be served at the bar and night club. I wanted to create an Asian Spirit that represented East Asia (Cambodia). SAKIRI Vodka was born from that idea and using a family secret ingredient from over 100 years. I want the world to know that we do have our own liquor and we do party like everybody else. I want the world to recognize SAKIRI Vodka as the spirit of Cambodia as is Tequila from Mexico, Gin from England, Scotch Whisky from Ireland and Bourbon from USA etc..

When was the first Sakiri bottle produced?

Sath: SAKIRI Vodka was made and served at my Night Club over the course of four years in 1994 before we went into mass production with the help of Pernod Ricard Group. The first and official SAKIRI Vodka Bottle was produced in 1998. SAKIRI was tested at my night club for 4 years through 20,000 consumers. It underwent 1 full year of research and the formula was perfected in Pernod Ricard laboratory before the first bottle was produced.

How did your nightclub help your Vodka business?

Moving from Europe to the States put a halt on your Vodka business. You recently relaunched your product in Hollywood back in November and December. How has the response been so far in America?

Sath: I moved to the USA in 1999 to play Professional Golf and compete for money for over 7 years in California. I still compete sometimes. The USA is full of great Professional Golfers and the level of competition is very high. I was playing in several Mini Golf Tours as well as trying some Monday qualifying events for the Nationwide Tour and The PGA Tour. We moved to Georgia in 2005. I still practice to keep my game at a high level of competition and I also teach golf for living. My dream is to represent our country Cambodia as a golfer for the Olympic Games in 2016 or to develop a Cambodian National Golf Team for the Olympic Game in 2016. Yes they finally put Golf back in the Olympic Games of 2016.

We just launched in Hollywood , California on Nov 9th at the Reality Bash 2010 with some Reality TV Stars. It was a Big Success and another launch with the Hollywood Style Awards 2010 on Dec 12th with this time some Hollywood Movies Stars. They all loved SAKIRI Vodka.

How did you come up with the name SAKIRI?

Sath: The name came up the the word “SAKE” for the Japanese Rice wine and “RI” mean rice in French. But I just find out from our old Khmer dialect from 1000 years ago, it means, Gold and Mountain or Gold Mountain, that’s what I’ve been told.

What is the story behind your logo?

Sath: The logo represent a “Cambodian Farmer” and I gave him the name of “SAKIRI”. So on my own definition, “SAKIRI” means Happy Cambodian Farmer.
He is a very happy Farmer and he is jumping in the air with his arms and legs stretching out.

I want to represent Happiness in our logo. I want the world to remember that before the War and the Genocide of Khmer people with POL POT, we were a Peaceful Country and were Happy People.

Sath: I grew up in a family owned restaurant business I learned how to cook and appreciate all kinds of Khmer dishes. But if I have to choose one Khmer dish it is ” Salor Matchou SaighKo Takoun”.

What advice can you give to aspiring entrepreneurs like yourself?

Sath: Never give up and never blame others for your failure. Take the failure as an opportunity to learn and try to do better next time. Live your dream and make it happened no matter how long it takes.

This is my phrase that can give you some thought: If you can not live the life of your dream, live the life that you have , but keep fighting for your dreams and one day you will fulfill your dream.

For more about Sath Nop: 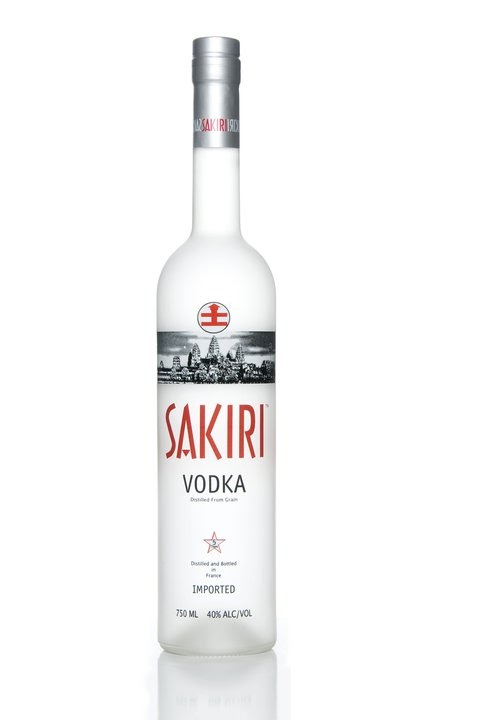 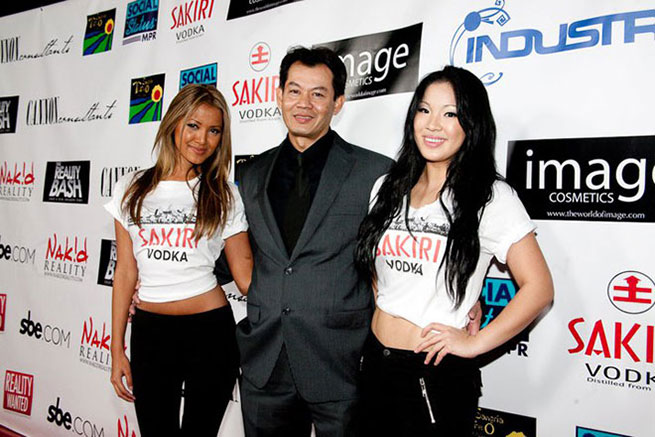 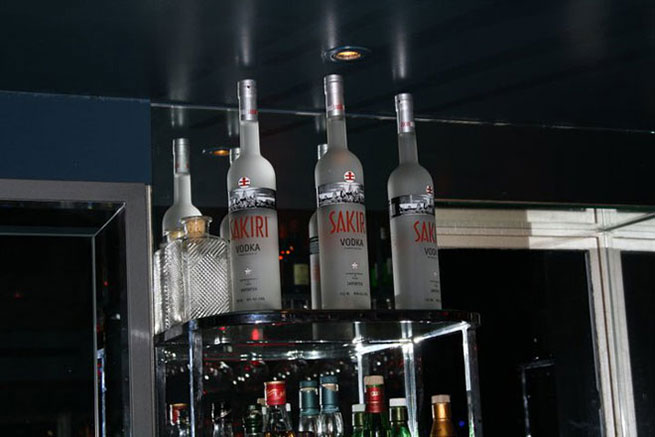 When it comes to liquid credentials Sakiri Vodka is the Bugatti of the Vodka fleet, very fine, French produced, exotic, mysterious, complex, sexy, outstanding quality, elegant and now available in California. We are now looking for Sales Rep to cover the entire California. Successful candidate will have the opportunity to move up within the company with management position. Send your contact and resume to [email protected]

Posted on January 10, 2011 by Cambodian Alliance for the Arts in Entrepreneurs and Business Owners. Bookmark the permalink.