"The Altruist" – A Film by Camille Hardman 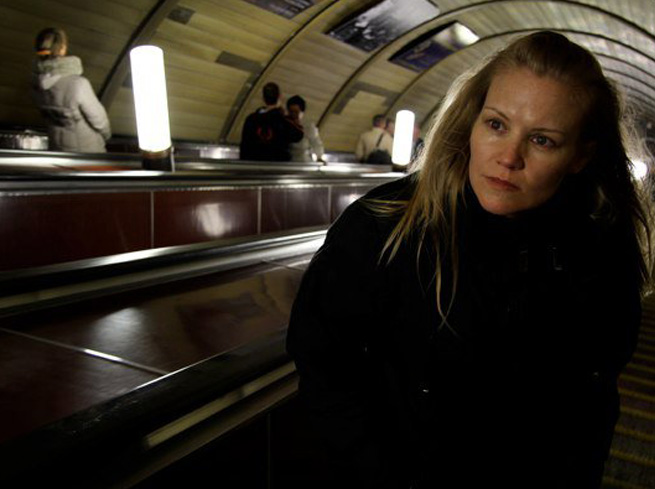 Compelled to share her friend John McGinley’s story, Camille Hardman traveled to Cambodia over the course of four years to document the pedophilia problem in Cambodia. In the town of Sihanoukville, Camille was introduced to the victims of the pedophile incident that had changed John’s life forever.

I understand that you are a cinematographer. What is your company called? Where are you based out of?

Camille: I’m actually a producer/director and I learned cinematography when working on low budget productions. I started doing second camera which led to shooting documentaries as primary camera person. My company is called BarkingCat Productions Pty Ltd. I’m based in LA, USA and Sydney, Australia.

What is the synopsis of your documentary “The Altruist”?

Camille: In 2003, John a 30 year old investment banker traveled to Cambodia on vacation. While in the beachside town of Sihanoukville, he witnessed a disturbing incident involving a pedophile and a street child under the age of twelve, an experience that would change his life forever. Soon, he discovered this area was a known haven for pedophiles, and classified by many journalists and NGOs as ‘the pedophilia capital of the world.’ John was so appalled that upon returning to his adopted home in Europe, he left his career as a derivatives trader and returned to Cambodia to establish alongside other concerned members of the local community, M’Lop Tapang, an organization dedicated to protecting children from sexual predators, drunk and exploitative family members, glue sniffing, street crime and violence.

Two years later, we meet John as he introduces us to the boys that changed his life. Maap, 18, escaped from his drunken violent father at the age of 8 to become a glue addict on the streets. We see the M’Lop Tapang outreach team reunite Maap with his parents after 10 years, each thinking the other were dead all this time. We meet two brothers habitual street kids who walk the streets, fight over glue, and sleep on shop pavements, while their alcoholic mother, with 7 other children, sells glue to children out of her dilapidated one room hut that sits at the far corner of a communal urban slum.

The Altruist’s use of animation with voice over will protect the identities of the children, so we are able to reveal their stories to a worldwide audience.

What was your connection with Cambodia that intrigued you to document the pedophilia problem in Cambodia?

Camille: I had been hearing stories through my mother for a couple of years of an old family friend of mine John McGinley and his experiences in Cambodia. One experience was so traumatic that he was prepared to suspend his career and return to Cambodia immediately. He had, at first hand, witnessed a pedophile incident with one of the young boys he had befriended while casually working at a friend’s local hotel on Sihanoukville Beach. After hearing these stories, I spoke to John when he returned to Sydney. I expressed an interest in coming to document his Cambodian life and M’Lop Tapang, the organisation he had helped to create.

What were some of the obstacles that you and your crew had to endure while filming?

Camille: We didn’t have a lot of obstacles while filming, but we had to be vigilantly aware that our subject matter was and is extremely delicate. The number one concern was not the film, but the safety of the children and the need to conceal their identities.

How long did you film for?

Camille: We have been filming on and off for 4 years.

What is M’Lop Tapang organization?

Camille: M’Lop Tapang is an organization that serves street-children and young people who are ‘at risk’ – meaning their volatile and unstable family environment increases vulnerability and exposure to abuse, both violent and sexual.

M’Lop Tapang is a local organisation registered with the Ministry of Interior, Cambodia since 2003. MT works with street children and their families in Sihanoukville, to help them to build brighter futures for themselves.

Prior to filming the documentary, have you ever traveled to Cambodia before? If not, did you have any desire to go there and why?

Camille: No, I had not traveled to Cambodia, but I had traveled extensively throughout Asia. If the film hadn’t occurred when it did, I more than likely would have gone to Cambodia as it is still one of the few places where tourism hasn’t yet changed the environment and tired the people.

Camille: In Sihanoukville they make a ‘to die for’ fish curry. In Phnom Penh I always have ginger chicken at a local Khmer restaurant one block from the Independence monument.

How has this experience affect your life?

Camille: The Cambodian experience has affected me two fold. On the one hand it has made me feel extremely thankful for all I have, but it also makes me realize that a lack of community and sense of strong familial ties can have great drawbacks.

In regards to the film and its subject matter I am saddened how innocence can be misconstrued by sick minds and how this can effects a child’s life forever.

Name 3 things that stuck with you when you returned home from Cambodia?

Camille: I love the frenetic energy of Cambodia, and the sense of family and community. Everyone is always smiling. When you travel back to Australia or the US people and hear people complaining about their lives it comes across as trite. Sometimes it makes me think that the quest for individualism in the West hasn’t necessarily led to happiness.

How one of the major effects war has been the lack of intergenerational communication when discussing the war itself. It is simply something people don’t discuss. The older people don’t want to revisit their horrific memories and feel their kids don’t need to know. While the children feel that a part of their history has been erased in which they need to know. The proliferation of so many different AID organizations. Is it good or bad?

Any updates on The Altruist coming up?

Camille: We have just launched the trailer and fundraiser. The music for the trailer was donated by Swedish band Little Dragon who is currently on tour with Gorillaz.

Award winning photographers worldwide have donated signed prints of Cambodian life for the fundraiser which can be seen at:
http://www.kickstarter.com/projects/1135313414/the-altruist-cambodian-streetchildren-documentary

To learn more about The Altruist Film: 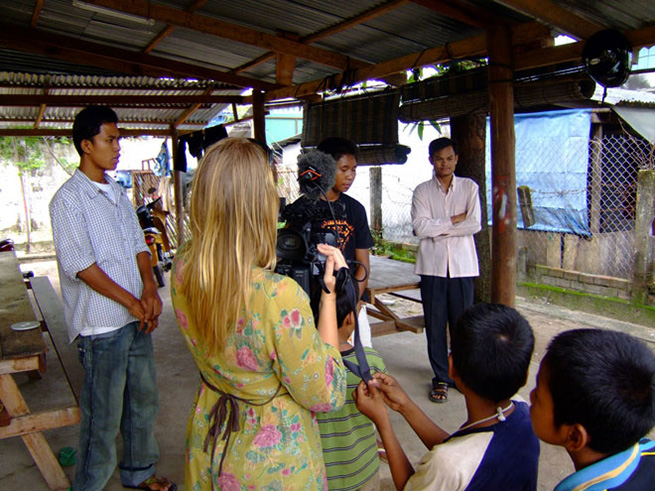 Posted on November 18, 2010 by Cambodian Alliance for the Arts in TV, Film and Theatre and tagged documentary. Bookmark the permalink.