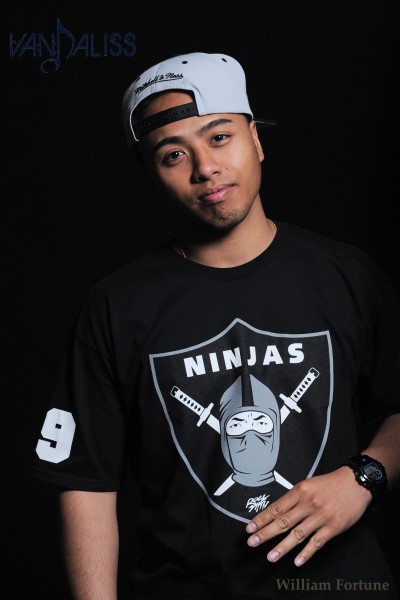 Vandaliss consists of three solo artists from Bridgeport, Connecticut: Eccentrix, Fortune, and Hou kid. They formed together in 2003 and decided to take their music to the next level in the summer of 2010. After establishing a name for themselves in Bridgeport they would soon catch the attention of Connecticut with big performances at places such as the University of Connecticut, Foxwoods Casino, and several clubs in the area. In 2010 they locally released the mixtape titled “Henny on the Rocks” which would begin aspirations to spread their music outside of Connecticut. They will follow up with a second mixtape titled “Remy on the Rocks” which is set to release world wide in the summer of 2011.

Instead of rushing into the music industry, Fortune decided that he should finish college so that if music doesn’t work out, he’d have something to fall back on. Smart decision if you ask me. Dedicated to his craft, he’s made a name for himself. With a growing number of Facebook fans and Youtube subcribers, Vandaliss is on their way to the top. Check out a few of their songs!! Visit them at www.Vandaliss.com

When did you know you that you wanted to part of the music industry?

Fortune: I know I wanted to be in the music industry when I first heard of KRS one and 2pac. I learned that music can give some one the power to voice their opinions and people would have open ears to hear what they are saying. The teachings that they incorporated into their music helped turn me into a better person. So once I saw what type of effect music can have on people I wanted to continue the cycle.

What inspires you to write? Is most of your lyrics from personal experience or do you write from a third party perspective?

Fortune: My main inspiration when I write is to exceed other artist lyrically because I want to stand out. Writing lyrics is an art form that you have to put a lot of thought into so when I write I try to think out the box as much as I can. My lyrics consist of both personal experiences and a third parties perspective. Lyrics can be used to create a biography for your self, but at the same time you can use lyrics to report the experiences of others.

Do you remember the first rap you ever wrote? What was it about?

Fortune: lol I can’t remember, but it was probably something negative and very simple. I was probably ten years old when I wrote my first rap so there wasn’t a subject really relevant for me to rap about.

How many members are in your group and how did you come up with your stage name and/or group name?

Fortune: There are three members in our crew: Eccentrix, Hou Kid, and me. We’re all solo artist, but we came together to try to build a strong movement since we’re all from different sides of the city. Eccentrix started the group with two other members that eventually quit rap. He recruited Hou Kid and I’ve been rapping with Trix since we were kids so I decided to join. The name Vandaliss stemmed off from the hip hop element of graffiti. We’re big fans of that art form, but the general public considers it as vandalism. It reminded us of rap music because the genre has such a negative persona, but if you actually take time to really analyze it you’ll realize that it is truly art.We also chose it because of its origins. Back then rebels would vandalize famous artwork because they considered it trash and that’s the same attitude that all battle rappers possess.

So what’s currently playing on your iPod?

Fortune: Besides the songs that we’re working on I usually have Fabolous, 2Pac, and Eminem on my iPod. I also have a lot of songs from Bambu, he’s definitely one of my most favorite Asian artist out.

Which rappers do you look up to and who was the most influential person to you?

Fortune: Definitely 2Pac and KRS One, they both always stuck to what they believed in. 2Pac was the voice for any person that grew up in the streets. As for KRS One I admired how hard he pushed for Hip Hop to be respected and he truly loved the art for what it was. He influenced me that being an artist you’re responsible for maintaining the true essence of Hip Hop.

If given the chance, what producers/artists that you would want to collaborate with?

We always ask this question. What is your favorite Khmer dish?

Fortune: I’m not sure how to spell it….. Mee Kah Dahng? the big flat noodles in gravy. I’m not even sure if that’s originally Cambodian, but they serve it at the restaurants and my mom makes it lol. Put some Hot sauce on it and your money.

Have you ever considered rapping in Khmer?

Fortune: I hope that I’ll be able to do it soon because Khmer rap is very new so there’s a lot of exploring to be done when rapping in Khmer. It’s not like rapping in English where every rhyme has already been thought of. The only thing that holds me back from rapping in Khmer is that I’m not fluent enough with the language, but I plan on pursuing it soon. Hopefully there’s a Rosetta Stone program for it or something because my parents don’t have the patience to teach me.

You told me that you decided to stay in school and get your education instead of pursuing your music career. Has this decision helped your writing process?

Fortune: Definitely, if I pursued it in high school I wouldn’t be mature enough to deal with the business side and I probably wouldn’t be the person I am today. Graduating from college gave me a lot of confidence knowing that I can do anything and it gave me options with my life. I can do music because I truly love doing it compared to someone doing it because of the money. I’m not saying money is a bad motivation, but when you mix money with being true to yourself that’s how artist become sell outs and forget who they are. Plus music isn’t a sure thing in making money I took the route that made sense and had more value. It also helped me better with my writing process because the process of thinking school provided me helps me think out the box lyrically.

So tell us what you are currently working on as far mixtapes, videos, EP…etc.

Fortune: We’re working on a Mixtape titled “Remy on the Rocks” which will release in the Summer of 2011. The title is paying tribute to our first mixtape that we released locally titled “Henny on the Rocks” in 2010. Currently we’re scheduled to shoot a lot of videos and do a lot of shows. All these moves were delayed because I was finishing my last semester of college, but since I’m graduating the ball is finally rolling with the release of our first video “Ryder Music”. The goal of everything is to get known and build up a loyal fan base, I’m hoping my Khmer people will support me because I’m ready to represent us the right way. 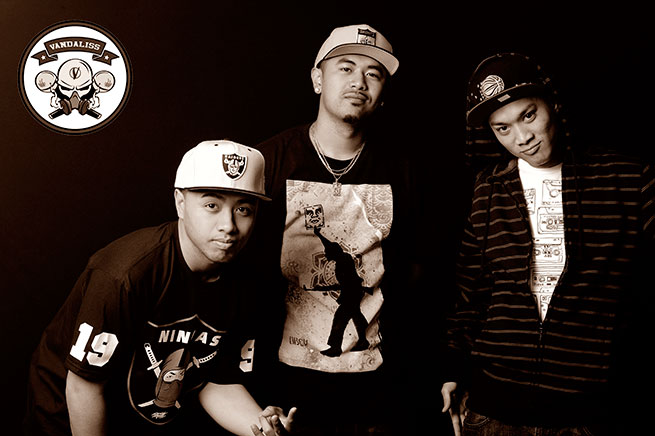 Posted on May 5, 2011 by Cambodian Alliance for the Arts in Music, Poetry and Dance and tagged hip hop, rapper. Bookmark the permalink.