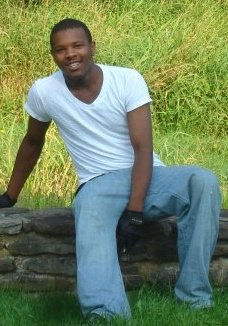 I was busy browsing through YouTube one day and I ran across Malcolm’s video. I’m the kind of person that will watch anything, literally. I was deeply intrigued by the title of his video – Cambodian Girl Lost. If you’re wondering, he’s not Cambodian but that doesn’t mean that he hasn’t been affected by the atrocious actions of the sex slave trade. I watched and listened intently as he delivered his poetic lines. I could hear and see the passion behind every word that was delivered. It gave me goosebumps. It’s all too common nowadays where little girls as young as 3 are being sold for sex. It’s utterly disgusting and we as a community have to find a way to stop these offenders from stealing their youth. It’s not fair that they don’t get to have a normal childhood because they were kidnapped or sold to be sex slaves in an industry that has no regards for age. Malcolm is a spoken word artist and poet and here is an excerpt of his poem: 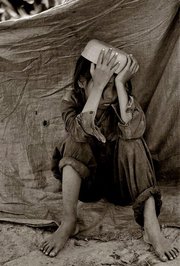 A three year old little girl’s seeding lotus blossom popped open
and age, means nothing. Old men with no jobs now career men,
as their daughters now service as payments for wages.
Six cents more than the college fair get a ride all your own
as she screams, I want off, I want off, I WANT OFF!!!
and marry goes round takes on new meaning,
as she’s passed from man to man, and this has never been a ride for children.
She is not an amusement park, where are the signs that say you must be this tall to ride.
Pol Pot’s reign has taken its toll etched on the souls of little girls that hang from
Cambodia’s tree’s, as their dreams fall flat at his feet.
Once doctors and lawyers now strung up to concrete walls called corners,
barefoot and bruised with hearts screaming help.
This is the woman at the well, waiting to hear the truth about herself.
And woman you are priceless . . .
dont sell yourself . . . don’t sell yourself.
a woman accused, waiting for Jesus to take a stand and beat her accusers back.
women with issues, reaching for the hymn of his garment . . . and him staring at me . .
saying FILL THIS GAP.
AND HIM staring AT me SAYING PLEASE FILL THIS GAP.

Why did you want to write “Cambodian Girl lost”?

Malcolm: At the time that I began writing the series I was dating a Cambodian girl. She would always tell me stories of some of the things that she observed, and what life was like for her before she left. I’d written a poem for her about the way her life had become totally different than what it was before and the transformation that God had made in her life. Then a friend of mine asked me to do another piece specifically dealing with the issue of the sex trade. While doing the research for that one piece, I became outraged, then that outrage became more of an obsession to inform people of the horrible things that were happening not only in Cambodia but all over the world.

How has the issue of the sex slave industry affected you?

Malcolm: I would have to say that directly, it doesn’t. However, knowing that such things are happening all around the world drastically affects my view of the world. The view of the world that I now know exist is unacceptable to me. I refuse to live in a world where such atrocities could exist and people not care. Furthermore, I refuse to be one of those people who could turn a blind eye to injustice. That is why I am performing at the 2nd annual Night to Love Justice this upcoming April 17th. A program designed to inform others about the lives of those sexually enslaved and trafficked through dance, drama, step and music.

How long have you been writing?

Malcolm: It’s crazy, honestly, I don’t even remember. It seems like I’ve been writing my whole life without a beginning and no foreseeable end. There have been many phases of writing that I’ve been through. When I first began to write I only wrote short stories and attempted a few books. Then I think the first time I ever wrote a poem was sometime during middle school, and those were the adolescent years of my poetry. Those poems focused mostly on social issues, racism, intolerance, love, sex and pretty much anything else that crossed a little boys mind. The issues that I write about now are pretty much the same, however, the thoughts and intentions are displayed in what I perceive as being more insightful and mature.

What methods do you have as a poet when you write?

Malcolm: I find that research is the most critical thing, even when writing about one’s self there must be a level of understanding of the subject that can only come through research. This enables you to write informatively and accurately. If you write about a subject just based on your personal feelings and the limited knowledge that you have, you’ve done yourself, your poem, and the readers a great disservice. Knowing the style of poetry that I write is vital in writing. I am a spoken word artist so therefore my writing doesn’t have to conform to certain poetic values, but it must be able to be read aloud clearly and eloquently.

I like that you wrote from two different perspectives, is that something you do often?

Tell me what inspires you to write, and which poets do you look up to?

Malcolm: The biggest thing that inspires me to write is life. Even though I’m still young I’ve lead a very colorful life and it gives me a rage of experiences that other people may never have had to face in their life. I think that it’s a catalyst that allows others to experience and understand another person. I find that relating and understanding someone else is extremely difficult, but through writing it allows someone else to be an active member in the story that poem is telling. Also, in Cambodian Girl Lost it allows me to become that little girl, or boy or grow up who has been taken captive and in such I can feel the pain and I believe that is the most important part of writing getting people to connect or even become the main character.

Of course I look up to the greats in African American writing such as Maya Angelou, Langston Hughes, Zora Neal Hurston, however, they’re not the ones who have become my inspiration. They understood the purpose of poetry, yes it was a place to express one’s self but more importantly it was place for truth. Lately my writing has been inspired by the younger poets who have great talent, and deserve recognition for their skill but have dishonored poetry with lies, and non-truth. I recently wrote a poem entitled poetry where I have a conversation with poetry and poets asking why they have not done their job which is to share truth. Likewise the young poets have blown me away with their talent and word play etc. I have been astounded by upcoming artist such as Zora Howard, Jasmine mans, the p4cm movement out of California, Joshua Bennet and so many more.

So have you ever been to Cambodia, or plan on going someday?

Malcolm: I have never been to Cambodia, but I do plan on going someday with a mission team to help in whatever way we can in abolishing the sex slave industry and also improving the standard of living. I have had friends that have been there and tell me how beautiful the country is and yet it’s diminished by the suffering of the people.

I’m sure you have Cambodian friends, so you’ve probably eaten some Khmer food. What’s your favorite dish?

Malcolm: Sach moan char chia mui chnay, I think that’s what it is called. Chicken with ginger or slap moan char swai – chicken and mango love it. It took me a while to find something that I actually did like. Just because the food is much healthier, and for a while my friends would only cook vegetarian meals, NO MEAT what? Once we solved that I loved the dishes.

Can you speak Khmer or is it just words here and there?

Malcolm: Years ago I learned some greetings, farewells, affectionate sayings and scriptures in Khmer but I don’t speak fluently and if I said the few things that I knew I probably would offend Khmer people with my pronunciation.

Here is the 2nd part to his poem titled:

I am the accused, the heartless man.
The one who could love, a slave girl…even though it cost me,
not much, but still it cost me. The price I am to pay in change.
The debt however will be payed in chains.
bond to tables and beds, be-little/d and sexed. This is the fantasy of demons.
The man with no hope, therefore I must bind up hope.
with words such as you belong to me. Degrading words so they might never
hear the beauty of a world made for them.
They were mine and if I could not have love…why should they?
But they had love, perverted and costly.
The price of sex could never settle this debt and I knew it.
I heard him once, the father, the lover of souls crying through her tears for help.
it was as if he had reached out his hands and screamed help.
I helped, I was helpful to self and now that scream taunts me.
She was lost but somehow he found me and I was not worthy.
demonized and tawdry so I left him there, with her… to die.
Now I live a lie as if this will not cost me.

Posted on April 4, 2011 by Cambodian Alliance for the Arts in Music, Poetry and Dance. Bookmark the permalink.