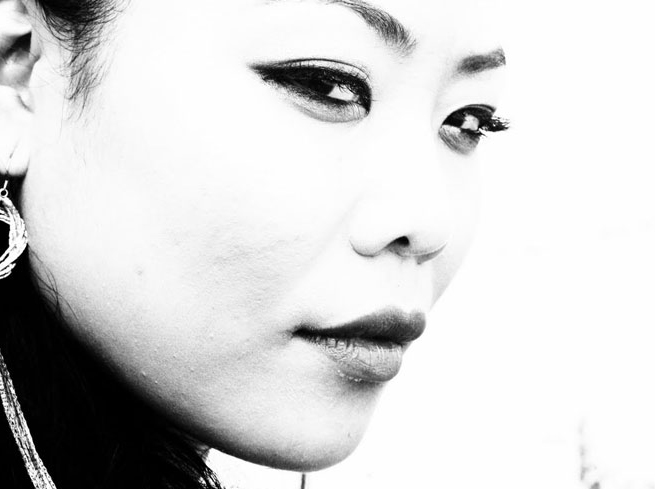 Neo Singer Bochan (Bochan Huy) has alloyed traditional and contemporary sounds filled with acoustic melodies and funky electro beats consummated with her soulful voice. Bochan rediscovered her passion for music after the tragic loss of her father. Through her music, her father’s memory is kept alive.

“I was 9 years old, my heart was racing with excitement as I anxiously waited backstage. These butterflies were different, they were not the kind that you get from being nervous but the kind that overwhelms your body with joy. And then it happened. For the first time ever in front of such an audience, I sang my heart out. And that was it, the beginning of a lifelong journey to come. I’m a dreamer and a believer. I believe in the goodness of all things and that impossible is just an opinion.” – Bochan

Bochan: Both my parents were born and raised in Cambodia. I was born in Cambodia as well…but if you are speaking of my ancestry, I am also part Chinese.

Where were you born and when did you come to the States? Where do you reside?

Bochan: I was born in the heart of Cambodia, Phnom Penh. My family and I immigrated here in 1981 after the Khmer Rouge war. I’ve moved around a lot from New York, to Ohio, to Colorado, to California. Oakland (California) is what I now call home.

Bochan: Many things. I’m inspired by everything that revolves around us, from the random smiles on the streets to the smell of burning oil in a Chinatown alley – there’s music in everything and inspiration is everywhere you look.

I understand that you have rediscovered your dream of becoming a singer/songwriter. What made you want to chase it professionally this time?

Bochan: My father was a monumental force in my early musical career – providing guidance and unconditional support. He was always by my side at every performance, that was just how it always was. In 2006, he became ill and passed away from cancer. At that time, my whole world had stopped. A huge part of me was gone, and I wasn’t sure about anything anymore. I took a break and spent a lot of time soul searching. It became clear to me more than ever that music was undeniably in my blood. It is how I keep my father alive, it is how I cope with life…It is how I share my love. I think of that 9 year old girl performing and the overwhelming happiness that filled my body that day. That feeling is still in me. I knew then; I’ve always known, that being a singer/songwriter was what I was born to do…Now, here I am.

Bochan: Well, my first gig was a long time ago and “my break” is still yet to come [smiling]. However, my upcoming LP solo album project has been the highlight of my musical career – being able to obtain distribution through Universal Music Group via SoundVise record label, being able to breakout as a solo artist (representing both Cambodians and women), and being able to hear your songs come to life, is something that I consider a huge accomplishment and blessing.

What famous musicians influenced your music?

Bochan: Lots. I grew up listening to a lot of different genres of music. Old school Whitney and Mariah were definitely big influences. Creedence Clear Water, Lauryn Hill, Sade, Aaliyah, The Carpenters, Bob Marley, Mary J. Blige, and of course Michael Jackson and many more. I also grew up hearing tons of Cambodian classics by Pen Ron, Sin Sisamouth, Ros Serey Sothea, Touch SereyNech and Oum Chhoun Malay. In my father’s band we played music from all around the world. My musical influences came from that melting pot of sounds and styles.

Do you write your songs? If so, what state of mind are you in when composing?

Bochan: Yes, I do compose the lyrics and melodies to my music. When I am composing a piece, at times I’m inspired by something specific and everything comes easily or I allow my mind to wonder into a certain situation, a mood, an emotion… Those various states of being and feeling is what I try to reflect.

You are part of a collaboration, correct? What role does your male counterpart play?

Bochan: Yes, I collaborate with pianist/ producer, Arlen Hart. He composes everything you hear in the rhythm section. We have worked together on a number of projects and for quite some time now. He does an amazing job of capturing “Bochan”. It has been an incredible learning experience for me. And I am very blessed to have him part of the team as he has also become a mentor to me.

Your first single “Desires” was recently released on ITunes. Your album is expected to drop early next year, some artists say that their first album is the story of their life. Does this hold true with you?

I am currently working on my EP album (aiming to be released early next year). I would describe it more as a compilation of all the things that inspires me as opposed to the bio of my life. I think that you will find that the album is quite eclectic as each song has it’s own story.

Bochan: The support has been amazing. It feels good to know that folks are digging the music and want to help support the movement. I wake up everyday thankful that I get to keep doing what I’m doing so please continue to support your artists by watching the videos, sharing and reposting to your social networking sites, and BUYING the music. Music is food for the soul…Let’s keep it alive!

Who would you love to have a collaboration with on your next album?

Bochan: I would love to collaborate with a fellow Khmer artist, but my dream collaboration I’d have to say would be with Cee Lo Green. Creativity emanates from him. He has such a unique style, I’m definitely inspired by his music.

Bochan: I have tons that are my favorite. They are always a treat as mom’s cooking is always the best. I love Yah Hon, Banh Chiev, but my all time favorite that I’d love to learn how to make would be Beef Saraman. The richness, spices, the peanuts it’s just very…Khmer!

What’s in the works for Bochan next?

Bochan: My second single hit digital music stores tomorrow, October 19th. It is an awesome single remix package of “Chnam Oun 16”. It features a guests Emcee (Raashan Ahmad of Crown City Rockers) and 7 booty shaking remixes plus a b-side original titled “The Music”. You can preview the tracks at SoundVise – http://www.SoundVise.com

We are working on wrapping things up for my EP album. And a music video for “Chnam Oun 16” is also in the works….lots of things in store. So make sure you stay tuned! Thank you so much for having me!

For more about Bochan Huy:

“I am a Khmer woman rising from the Angkor, like an Apsara, I survived, we survived… We are not victims, we are survivors.” Bochan 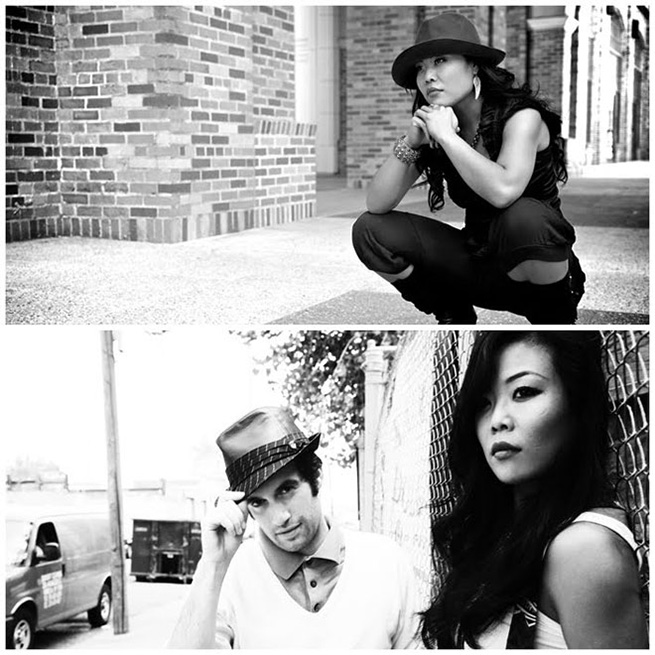 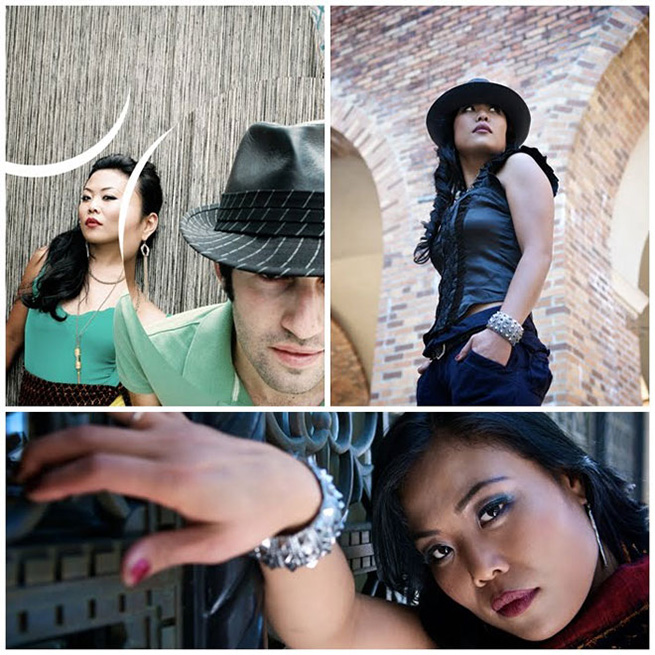 Posted on October 18, 2010 by Cambodian Alliance for the Arts in Music, Poetry and Dance and tagged oakland, singer. Bookmark the permalink.