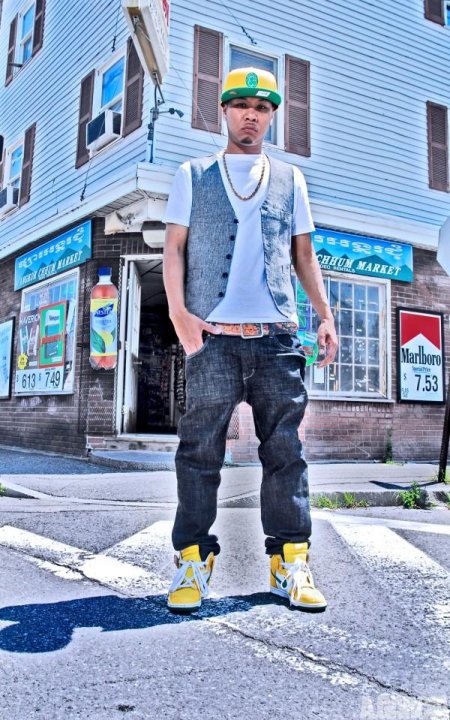 Meet Phinale, emerging hip hop artist and producer from Lowell, MA. A member of the local Cambodian rap group “Lost Perception”, Phinale is currently in the mix with his forthcoming album as a solo artist, “Emergency Exit Only”. He doesn’t have the typical hardcore east coast sound. His style is a fusion stemming from his residences growing up coast to coast… literally. Phinale raps about today’s hustle with frequent references about Khmer Refugees; survival and struggle.

“My journey with music is about taking the only route to success while the main doors are closed to an artist like me. Music is the only way to save my life and I’m going risk it all by any means. It can be a love, street, or club song at the end of the day we all will be in a better place. So when I’m writing a song or composing a beat I will give you my best like I’m fighting to the emergency exit sign. I ain’t trying to be famous, I just want to be on your playlist.“ – Phinale

Tell us a little about Phinale. How did you get that name?

Phinale: I am an upcoming rapper/music producer from Lowell, MA. A member of the rap group called “Lost Perception”. I named myself Phinale because “I am the moment you been waiting for” haha basically my name came from the word Finale. The true definition of finale means “the concluding part of something”. So that seems to fit my personality and mainly my music. I put a lot of creativity and effort towards my songs. Maybe the “grand finale” might be me :)

When did your family immigrate to the states? How acculturated would you describe your household? As a first generation Cambodian American, what were some of the cultural gaps you experienced growing up?

Phinale: In 1985 my family migrated to Lowell, Ma where I was also born. I am the eldest child and first American born out of all my relatives. 3 sisters 2 brothers, a mother, a father, and like 60 relatives, lol. Just like most Cambodian families we had very little to begin with. It’s the hard work my parents and relatives put in to survive in this new world.

You moved around quite a bit during your adolescent years, why was that? Would you call Lowell, MA home?

Phinale: The main reason why my family moved out Lowell, MA was to find a better opportunity. I was raised in San Diego, Ca. and lived in Anchorage, AK for about 7 years and spent a year in Jacksonville, FL. But Lowell will always be home to me, my roots as a proud Cambodian American are from here. This is where I became Phinale. The culture and the people are alive! No matter where I moved to I always wound up back here. When I use to lived in Alaska I would fly back east to spend my summer here every year. Until after high school I decided to stay for good.

While attending high school in Anchorage, Alaska, you recorded and released your first mixed tape.What was the inspiration behind that project and what were some of the obstacles you experienced growing up in an area where the population of Cambodians is very low?

Phinale: First of all shout out to MT. View!! My first mixtape I released was more like a fun project. It was nothing too serious, I was only 16. I produced and wrote songs in week and threw on a few old tracks just to complete it. I made less than 100 copies and sold it through the hallways of high school for $5 each. Anchorage is the most diverse city in the U.S. Its like any other city but with so many different nationalities and cultures. Just recently Anchorage became the fastest growing city. You had people from different parts of the states moving up there because of the economy. So it was strange but also competitive growing up. It was the best experience I had and I learned a lot.

We got to taste a little snippet of your song “Some of Us” off of your forthcoming album, it’s a dope beat. In it you say “History repeat itself We fighting the same kind the only difference is the color and the gang sign. We go to war with each other, can’t call it a hate crime. F##k trying to change times. I’m just trying to make mine.”There’s a bittersweetness to these bars as it begins with somewhat of a revolution for a change type of vibe, but ends with a sense of hopelessness towards the problems plaguing our people. What is the message behind this song? Would you say that music helped to keep you focused on the hustle rather than the gang turfing? What advice can you give to the younger generation who are vulnerable to joining gangs?

Phinale: “Some of us” is one of my favorite songs that I wrote. It is a song about the life experiences most Cambodian Americans went through. It pretty much summarized the Cambodian community. We can all make a change together but sometimes we can only accept our circumstances. With Khmer gangs in America, we are fighting the “same kind” just like the Khmer rouge when they took over Cambodia. In the early 90′s when I lived in southern California, being a gang member was a lifestyle for a lot of young Cambodians. I was never in a gang but was easily influenced because of the environment I lived in. There’s always two side to every story, a lot of violence in the neighborhood but it also protected the people because we were immigrants. What I mean by “f##k trying to change time, I’m just trying to make mine” is there’s nothing you can do about the past and things happen for a reason. Cambodian populated cities wouldn’t exist if the people didn’t stand up and fight. My advice for young people today about joining gangs is, we don’t need it anymore. I made the best decision from the worst conditions. Staying positive through the negativity will give you more options to a successful future. This generation shouldn’t worry about gangs anymore because times has change. It’s a better environment now, kids are smarter and people are learning to accept others differences.

Tell us a little about your forthcoming album, “Emergency Exit Only.” What should listeners expect to hear? Would you describe the album as somewhat of a biography or a compilation of experiences?

Phinale: Yes! “Emergency Exit Only” My first official album in the making. This album is very versatile in a hip hop state of mind. Expect bars, beats, and just that good vibe music!! Living in other states help me create a new sound, its like a mixture of every coast style. But mainly a new school east coast flow. I titled the album “Emergency Exit Only” because no matter how much unexpected turns life brings, there is always a better side behind the exit sign. My journey with music is about taking the only route to success while the main doors are closed to an artist like me. Music is the only way to save my life and I’m going risk it all by any means. It can be a love, street, or club song at the end of the day we all will be in a better place. So when I’m writing a song or composing a beat I will give you my best like I’m fighting to the emergency exit sign.

You have quite a collection on songs on your Youtube page. When did you realize that music was your calling? When did you decide to “really put yourself out there”?

Phinale: Music has always been apart of me since I was a toddler. My parents used to play Cambodian oldies off the tape deck and all I would do is just vibe to it. I couldn’t understand it, but the music was beautiful. I first got introduced to hip hop at a very young age. MTV and the radio stations at that time started to promote rap music constantly. Artists like Krs-one, Naughty by Nature, Onyx, Digable Planets and other early 90s rapper were what I first listened to. But when I heard Dr. Dre and Snoop Dogg thats when I knew I wanted to rap. My uncle Andy was a big influence on rap music. He was the first person who really taught me without actually teaching me, lol. I listened and learned. It started as a hobby but after a good amount of listeners who were interested in what I was doing I had to take the next step. When I used to perform with Lost Perception at local shows the crowd reactions were just inspiring. Me being recognized for my music and the people who appreciate it from the community keeps me going. “They’d say one day I’m gonna make it, I tell’ em I already did”.

What is your ultimate goal as a musician? Are you more passionate about becoming a producer or solo artist or both?

Phinale: “I ain’t trying to be famous, I just want to be on your playlist” I’m a solo artist who also make beats. When I lost my job in 2008, I put my beat making talent to work and managed to make a little income for a few months. As for now I’m just rapping more because its the best way to express myself. Rapping gives me more exposure than producing beats. It’s a voice and words that can talk to listeners. But in the future when I get old and ugly, producing will be my full time job, lol.

Phinale: My favorite Khmer dish would have to be bai with lok lak, off the hook! That’s Cambodian soul food for ya!

For those who are interested in hearing more about your music, tell us how they can stay connected for updates, and hear your music.

Phinale: You can visit www.youtube.com/phinalemusic for new songs and videos
For free songs download at a limited time only, you can visit www.4shared.com and search “Phinale”

For bookings or other information contact my email [email protected] 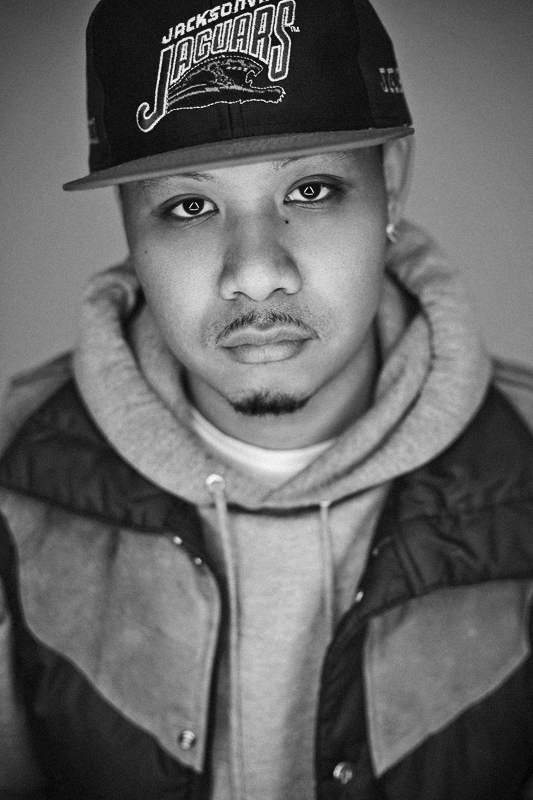 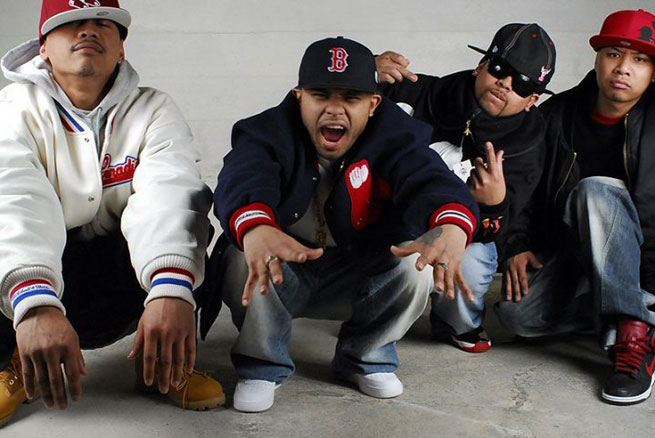 Posted on July 11, 2011 by Cambodian Alliance for the Arts in Music, Poetry and Dance and tagged hip hop, rapper. Bookmark the permalink.