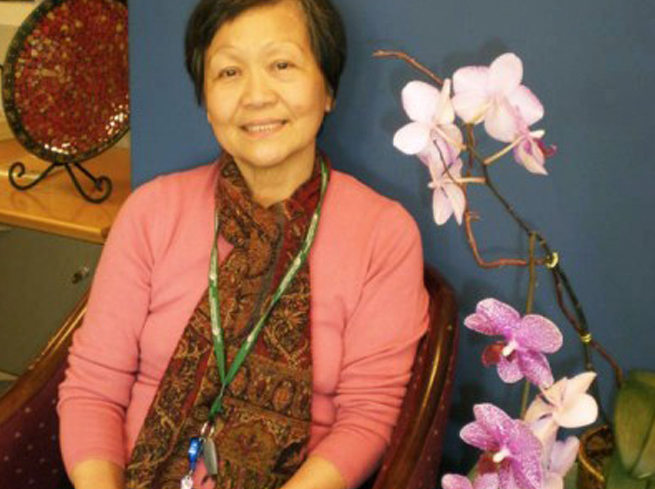 After arriving in the US in 1972, Narin Seng Jameson became homesick and yearned for the food of her childhood as a way to stay connected to home. After much research and persistence, she is now releasing the cookbook, “Cooking the Cambodian Way: The Intertwined Story of Cooking and Culture in Cambodia” as a way to preserve the traditional Cambodian recipes from the 1950′s and 60′s, the era of relative calm and peace, prior to the Khmer Rouge regime take over. She hopes the cookbook will reach young Cambodians/Americans who do not know how to cook the traditional recipes of their heritage. All proceeds of the book will go to the U.S. NGO, “Caring for Cambodia” To furthering the development of Cambodia especially in education.

Narin Seng Jameson came to the U.S. in 1972 with the hope to further her education and return to the homeland when Cambodia regains Peace, before the Khmer Rouge regime took power. She embarked on a study abroad program in Washington D.C. from the University of Phnom Penh and was able to be closer to her older sister, who was a Counselor at the Embassy of Cambodia. When Cambodia was taken over by the Maoist Khmer Rouge in 1975, it became impossible for Jameson to return home for the fifteen years under the dictator, Pol Pot.

Similar to most first year college students who study far away from home, Jameson had to learn to be independent, while simultaneously experiencing strong feelings of homesickness. She yearned for the traditional dishes that her family had made for her when growing up in Phnom Penh, because they brought back fond memories that she cherished. Jameson had memory of her childhood spent in the family kitchen and watched how the cook prepared the food and the comments made from her mother on what to add and what to reduce but no idea on how to find the ingredients as they are not available in the early 70s in the Washington metropolitan area. She decided to experiment Cambodian recipes from the 50s and 60s with the ingredients that friends and family provided to her, it was at that time she learned the substitutes of Khmer ingredients. The 50s and 60s represented Peace and Happiness in her childhood, she called it the Golden Era of Cambodia, before the war and violence in Cambodia began.

After many years of experimenting cooking while living with her sister and while living abroad as a spouse of a U.S. Foreign Service officer in different countries and entertained host dignitaries and fellow diplomats, Jameson’s interest in cooking continued and started to contribute recipes to many cookbooks that were created by different organizations she was a member of, including: the women’s association at The National War College in Washington D.C., The New Zealand Poultry Association in Wellington, and The International Cookery Group in Yangon, Myanmar. In May 1995, the Washington Post published some of her Cambodian recipes in their Food Section. She participated at the 7th Annual Asians in America Conference in NYU in 2001, Jameson has been an active board member at the Cambodian Buddhist Temple in Silver Spring, Maryland where she helps organize the education program, substitutes as a Khmer language teacher, and assists in the teaching of the Cambodian dance and Dhamma. After retiring from the World Bank Jameson becomes a consultant in the same organization.

Where were you born? Where are you based?

Narin: I was born in Cambodia, and now I am living in Bethesda, Maryland, U.S.A.

What inspired you to write a cookbook? Was this a story that you felt needed to be told through the cookbook?

Narin: I felt the need to have the story told because through the cookbook because there are not too many real Cambodian cooking anymore, I feel that a good native Cambodian food that I once used to eat in my family kitchen growing up needs to be revived and shown to the young generation.

I heard your cookbook is focused on Cambodian food. What kind of a cookbook is it (i.e. meat, dessert or slow food)?

Narin: All sorts. My cookbook is not only a recipe book; it is about cooking the traditional Cambodian way, it is about the refined taste of genuine old Cambodian cooking and the importance of food for our Khmer identity.

What is your style as a cook? Are you a spices or an ingredients kind of a person?

Narin: Simple, not too much fuss, but I always do it according to what I learned from the cooks in Cambodia and from my mother’s suggestion about the ingredients and spices.

When did you decided you wanted to published a cookbook and why?

Narin: I finished writing the book in 1995, but life with a growing family, teenage boys, and work did not allow me to do anything until two years ago when my colleagues at work offered to help me with my English text and assured me that the Book was great. They loved the stories attached to the recipes and the stories about my growing up in my home in Cambodia during the 50s and 60s, the Golden Age of modern Cambodia.

Explain the development of your cookbook.

Narin: I started in 1993 and I finished in 1995 and sent the manuscript to a famous Cambodian historian for his advice. He said it looked good but he did not have time to do much on it. I also sent it to a cousin who created a Cambodian magazine in the West Coast of the U.S.A. to see whether he could use the recipes to put in the magazine but he did not do it either, so I did not start working on it again until 2 years ago. Then I started to work on organizing the recipes in the order that they are now in the book, took pictures in Cambodia and my husband agreed to read and edit it for publishing

What kind of recipes should we look forward to creating from your cookbook?

Narin: All of the recipes are good, especially the appetizers, the ceremonial dishes and the desserts.

Are most of the recipes Cambodian foods or a mix of Southeast Asian? If so, where did you get inspired?

Narin: Most of the recipes are Cambodian, but I mixed these with a few French recipes I used to eat when growing up in Cambodia. I learned some of these recipes from my French sister in law. There are also a few Vietnamese dishes sold by street vendors in front my house in Phnom Penh that I remember fondly.

If you had to choose, what would you say is your favorite recipe and why?

Narin: My favorite food is noodles; somehow I love anything with noodles, because the noodle dishes bring back lots of good memories of childhood in grade school and middle school.

Who is your audience?

Narin: I hope the young Cambodian Americans who love to eat Cambodian food and do not know how to cook because their mothers and grandmothers did not use measurements in the western way.

Who are your influences as a writer and a cook?

Narin: The Joy of Cooking by Julia Child and Allison Holst, a New Zealand cookbook writer in Wellington.

Are your cookbook recipes mainly in Khmer or are they also in English?

Do you have a charity through your cookbook? If so, who are they and what do they do with your funding?

Narin: All proceeds go to a U.S. NGO “Caring for Cambodia” which is doing an excellent job helping the children in Siem Reap by building eight schools there. They just finished and inaugurated a junior high school and also have five libraries. They provide meals and uniforms to the children, send teachers for training in Singapore, and bring in American graduate students to help teach in their schools.

If you weren’t writing, what would you want to be doing for a living? What are some of your other passions in life?

Narin: My passion at this stage in life is religion, meditation, finding a way to a complete Peace, no more attachment. I am listening everyday to prayer, and Buddhist lectures to cleanse my mind to be pure.

Since this article is catered towards young Khmer American generation, what is your message for them in regards to learning Cambodian recipes?

Narin: Know your culture and traditions and, keep them alive. Keep your Khmer identity and live a dignified life. Before you do anything think about your family, your country and yourself.

What are your future goals and dreams?

Narin: My dream is to have Peace in the World and especially in Cambodia, for the Cambodian people to live in peace and harmony with each other, help each other, to not compete with each other. If you are in a position to help, do whatever is possible to help guide the young people to go in the right direction

What is your favorite Khmer Dish? 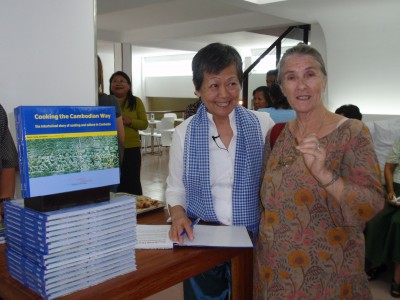 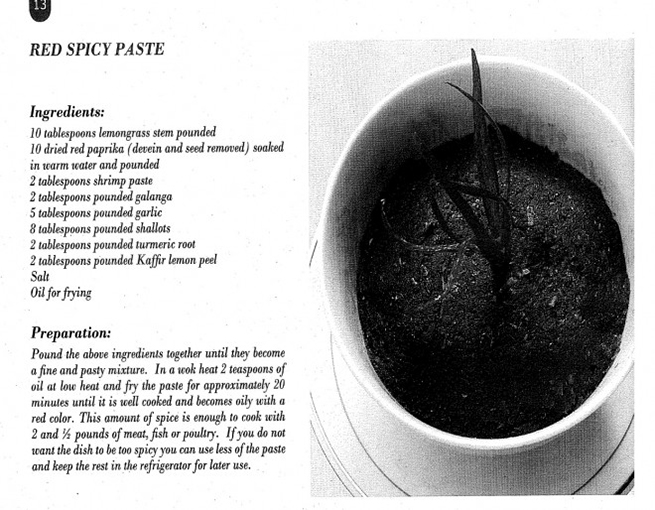 Posted on March 22, 2011 by Cambodian Alliance for the Arts in Writers and Reporters. Bookmark the permalink.