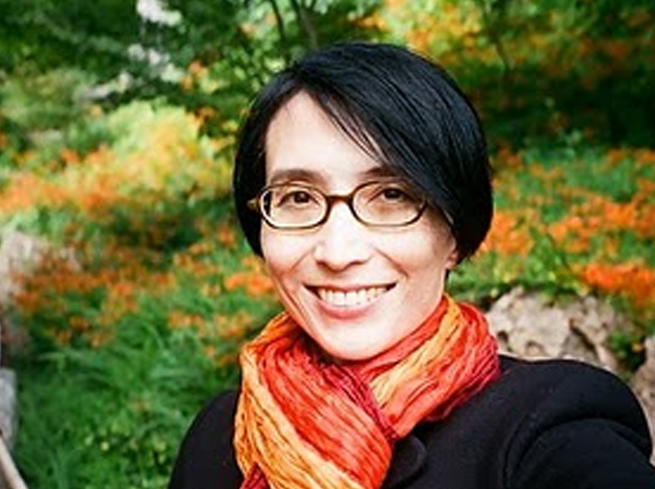 Wearing my shape-up shoes and my red-hot business coat, I walked more than two miles up the steep hills of San Francisco for the opportunity to get up close and personal with the award-winning author and educator May-lee Chai.

Before I tell you about what it was like to meet up with this award-winning author and educator, let me share with you a little bit about my background and how much this interview meant to me.

As a Cambodian immigrant, I was looking forward to meeting Chai to discuss her recently released book, “Dragon Chica,” a novel about a Cambodian Chinese family who immigrated to the US in the 1980′s. Much, like the main character in Chai’s newly released novel, “Dragon Chica,” my family and I had to find ways to survive in America. I was born in a Thai refugee camp and came to the United States when I was eight years old. Along with the language and culture barriers I faced in the US, I was forced to grow up faster than most kids my age. I had the responsibility of helping my parents to access health care and looking after my younger siblings and making sure they were doing well in school. At times, living in our new country, we faced painful and hate-filled experiences, yet at other times we faced moments filled with laughter and happiness. It is due to my personal experience, that it was a great honor to meet with Chai who wrote this powerful novel that not only addresses the Cambodian immigrant experience, but also highlights the overarching xenophobia that some immigrants face in America.

While not being Cambodian herself, Chai has been involved with the Cambodian community since she was 15. Once she entered college, Chai states:

“I started a mentor group for the Cambodian immigrant community in Grinnell, Iowa. Then, as an Associated Press reporter, I made sure to include the Cambodian community in my articles. My first short story about Cambodians in America was published in Seventeen in 1994. I continued to reach out to the Cambodian community. I try to do what I can and that is to write and tell their stories, their struggles, and their dreams. Since they too are a part of the community. I wanted to emphasize America’s great diversity and show how Cambodians, too, are part of the fabric of America.”

Her latest book, “Dragon Chica”, was inspired by a promise she made to a Cambodian woman back when she was a teenager in South Dakota. The book, which was released last October, it is a coming-of-age novel, featuring an eleven-year-old girl named Nea. Along with her mother, three sisters and little brother who immigrated to Texas following the Khmer Rouge regime. What Nea and her family did not expect was that escaping from the Khmer Rouge would not be their last negative experience. Their bad luck continued to haunt them, but this time they faced different struggles. Especially Nea, who was caught between two worlds: the one her family left behind in Cambodia and the new society in America. These experiences ended up making Nea a stronger person and a fighter.

During our conversation, Chai and I shared our mutual experiences as advocates and writers and our joy in simply giving back to the community. Three hours later, Chai had marked a special place in my heart. She was friendly, open-minded, and caring, which allowed me to immediately feel comfortable and open up to her. Below I interviewed her about her background and what led her to write her latest book, “Dragon Chica.”

Where are you based?

What is your Nationality?

Chai: I am mixed race. My mother strongly identified as Irish American through her maternal line, but there is also a German, English, French and Welsh person in my family tree and my father is Chinese. I think of myself as Asian American because I feel that’s a very broad category that can encompass many mixes and besides most people perceive me as Asian.

What made you want to become a writer?

Chai: In 1992 I encountered a cancer scare. I realized I didn’t want to die without writing. From that moment on, I made the decision about writing and made the time for it.

What inspired you to write “Dragon Chica”? Was this a story that you felt needed to be told?

Chai: I made a promise to a Cambodian woman who was very kind to me when I was 15 years old that I would tell the story that she told me of how her children died. They died as she tried to escape the Khmer Rouge by walking through a minefield. As a 15-year-old, I couldn’t tell that story yet. I didn’t have a way. However, that story does make it into this novel, so I feel I’ve finally fulfilled the promise.

What are the topics that you explore in this book?

Chai: I wanted to explore, among other things, the idea of America. Who is American? Who gets to decide what American culture is? As Nea struggles to fit in, she finds that every time the family moves to a new city or state, the culture is somewhat different—from the language to the food to even the ethnicity of the people in each part of the country.

Who is your favorite character in this book and why?

Chai: I love all the characters, even the ones who at first may seem really nasty in the book. I had to spend so much time writing about them and seeing the world from their point of view that I ended up empathizing with everyone.

What is the significance of the book’s title?

Chai: The word Chica shows the issues with immigration in America. Dragon is seen by the society as a negative image for Asian women. I try to make it positive for the new generation. Besides, I thought the title, Dragon Chica sounds cool and back in your face in today’s society.

Explain Nea’s role as an outsider and her struggle for acceptance both as a Cambodian Chinese and American in Texas and Nebraska.

Chai: Nea is my fighter, all right. I started writing this novel at a time when the political rhetoric was very xenophobic in America, very anti-immigrant. Nea is a strong narrator so she became my way of fighting against the forces who would say people like her and her family (and frankly, most of us!) don’t belong.

What is your connection with the characters?

Chai: The characters are fiction. They embody experiences from many Cambodian immigrants I have encountered through work and study. I decided to write Dragon Chica to bear witness to the struggles of the first generation of Cambodian refugees in America, whom I met when I was a teenager growing up in the Midwest. I saw that many people treated Cambodians and other refugees in the 1980s very badly, and as a young person, that upset me terribly, because Cambodians had been very kind to me!

Explain the development of the “Dragon Chica.”

Chai: It was a very long process. I start writing short stories about Cambodian Americans to try to remedy the situation. One of these short stories became required reading in schools across America after it was published in a number of anthologies. Students and teachers really liked the characters in the story and wrote me many emails about the characters. That inspired me to write a whole novel about the family that I had created in my short story… and that became my novel Dragon Chica.

You have written over five published book, what is different about this one?

Chai: Besides that it is fiction; the difference about this book is that it was not painful to write about like my other books from personal experience. I felt free to write about something else. Writing from Nea’s point of view.

Who are your influences as a writer?

Chai: I get influences from every writer. I love to read and try to read from the world.

If you weren’t writing, what would you want to be doing for a living? What are some of your other passions in life?

Chai: I couldn’t imagine living without writing. But in terms of other passions, I believe in working to promote education, multicultural understanding, and history. I am also completely addicted to movies!

Since this interview is catered towards the Cambodian community, what is your message for them?

Chai: It doesn’t have to be defined by the Khmer Rouge anymore. This is a new beginning. I hope a lot more books come from Cambodian Americans.

For more about May-Lee Chai: 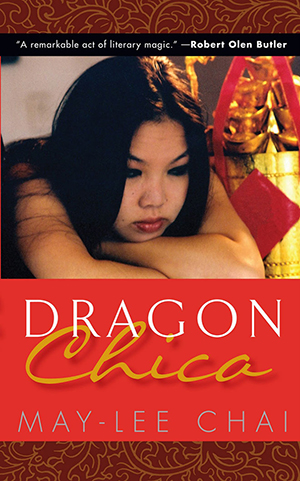 Posted on February 1, 2011 by Cambodian Alliance for the Arts in Writers and Reporters. Bookmark the permalink.